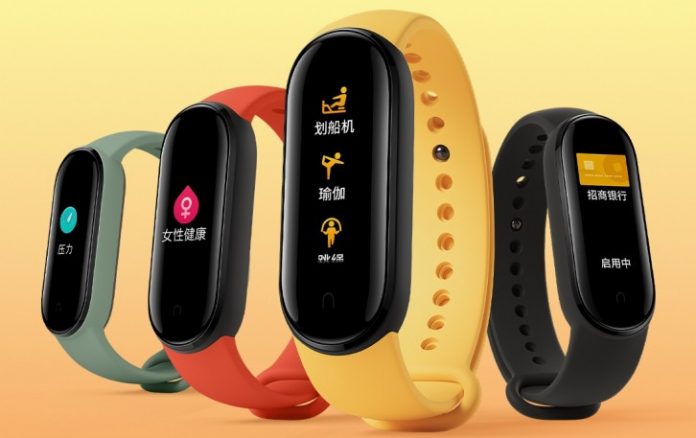 There’s no denial of the fact that Xioami is the no 1 wearable brand in India and its Mi Band series is accepted as hot cakes in India. So, Xiaomi will not waste any time to bring the recently launched Mi Band 5 to India amid #BoycottChina products movement. Recently the device has cleared the BIS certification as per Gizmochina and as they say, India could be one of the first markets to receive the fitness tracker apart from its native country.

The Mi Band 5 has NFC and non-NFC variants and Xiaomi will likely be selling the NFC version of the Mi Band 5 in the global markets. The XMSH10HM model number that has been spotted on the database of BIS seems likely to be the Xiaomi Mi Band 5. Previously, Xiaomi launched the Mi Band 4 in China in June and it made its way to India in September.

Likewise, the Mi Band 3 was also unveiled in India in the month of September, so possibly Xiaomi eyes for a September launch as well.

Xiaomi claims that the sleep monitoring accuracy feature is improved by 40%. Mi Band 5 can also recognize five of the main swimming styles automatically. The band itself can be submerged in up to 50 meters of water.

Xiaomi claims that the NFC variant of the Mi Band 5 offers 14 days of battery life while the standard version is said to last up to 20 days on a single charge. This Band 5 supports an unseen magnetic charging system that lets users charge the device without taking the straps off. The smart band comes with Black, Blue, Pink, Orange, Purple, Yellow, and Green strap options.