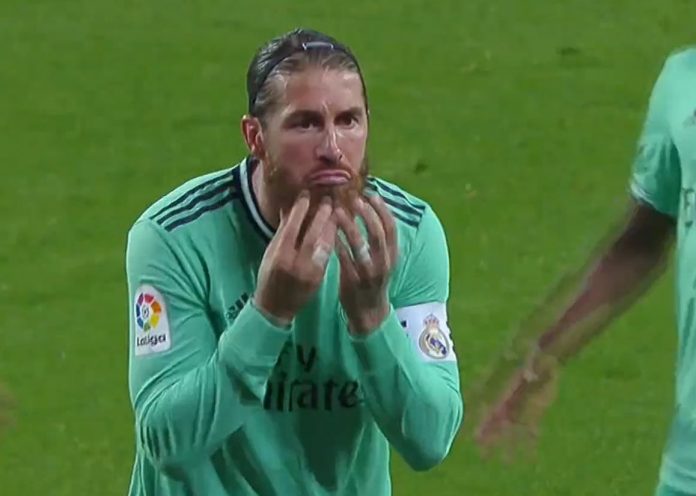 Sergio Ramos is one of the most dominating defenders on the pitch. He is a leader who leads from the front! A defenders job is to defend, in that area, Ramos isn’t far behind from anyone. He is one of the top defenders in the world. Along with defending, if a defender can score goals at will then it’s a bonus. Not many defenders can boast Ramos’ goalscoring ability.

After the departure of Cristiano Ronaldo, the penalty kick responsibility has been taken by Sergio Ramos. He has taken 17 penalties for Los Blancos and surprisingly has only missed one, which is an incredible stat!

If you think that Ramos takes penalties that’s why he scores goals on a regular occasion, then you’re wrong. His most important goal came in 2014 Champions League final against city rivals Atletico Madrid in the 92nd minute. Real were losing the match 1-0, when Ramos came up with that magical header to take the game into extra time and finally winning the 10th Champions League trophy.

On Sunday, Real Madrid was up against Real Sociedad. They needed to win the match to go on top of the LaLiga table as Barcelona dropped 2 points against Sevilla. Vinicius was fouled inside the penalty box in the 50th minute. Ramos coolly slotted the ball home to give Madrid a 1-0 lead.

Ramos was tied with Barcelona’s Ronald Koeman on 67 LaLiga goals. But with the strike against Real Sociedad, Ramos surpassed Koeman to become the highest-goal scoring defender in LaLiga history with 68 goals. His first La Liga goal for Los Blancos was way back in 2005 when he scored away to Malaga in a 2-0 victory.

He is also in his joint-most prolific campaign in La Liga. He has scored his 7th goal of the season against Sociedad.

Ramos is a warrior so he would definitely come back stronger in the next match.