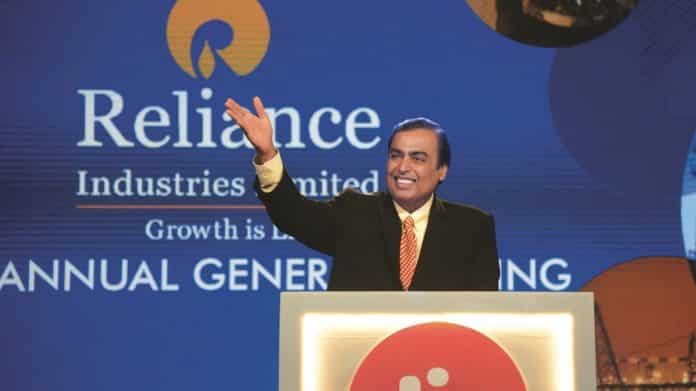 India’s largest private sector company, Reliance Industries Limited has officially become debt-free before its original schedule of 31st March 2021. Reliance was under debts and we all knew that there was doubt regarding its future and people were worried as well but Mukesh Ambani assured its shareholders last year.

The world is stunned with the series of investments Jio Platforms has received in this lockdown period and yesterday, it marked the 11th investment from PIF. RIL had a net-debt of ₹ 161,035 crores, as on 31st March 2020 and now it officially declares itself debt-free.

The RIL Rights Issue, which was subscribed to 1.59 times, was not only the largest ever in India but also the largest in the world by a non-financial entity in the last ten years.

At this achievement, Mr. Mukesh Ambani stated, “Today I am both delighted and humbled to announce that we have fulfilled our promise to the shareholders by making Reliance net debt-free much before our original schedule of 31st March 2021. Exceeding the expectations of our shareholders and all other stakeholders, again and yet again, is in the very DNA of Reliance. Therefore, on the proud occasion of becoming a net debt-free company, I wish to assure them that Reliance in its Golden Decade will set even more ambitious growth goals, and achieve them, in fulfillment of the vision of our Founder, Dhirubhai Ambani, to consistently increase our contribution to India’s prosperity and inclusive development.”

“Over the past few weeks, we have been overwhelmed by the phenomenal interest of the global financial investor community in partnering with Jio. As our fund-raising milestone from financial investors is achieved, we sincerely thank the marquee
group of financial partners and warmly welcome them into Jio Platforms. I also express my heartfelt gratitude to all the retail and institutional investors, both domestic and foreign, for their overwhelming participation in our record-setting Rights Issue.”

Obviously, this is a huge boost to the company, and being debt-free makes Reliance much more resilient and strong. An Indian company getting such a huge investment in such a short span of time shows how India will become the center of excellence in newer technological advancements in the coming years. Jio Platforms has a long way to grow with its growing subscribers in a country with 1.3 billion people.

Previous articleNeymar has to repay €6.7m to Barcelona over bonus disputes
Next articleHikeLand: A new Virtual World to Hangout with Friends