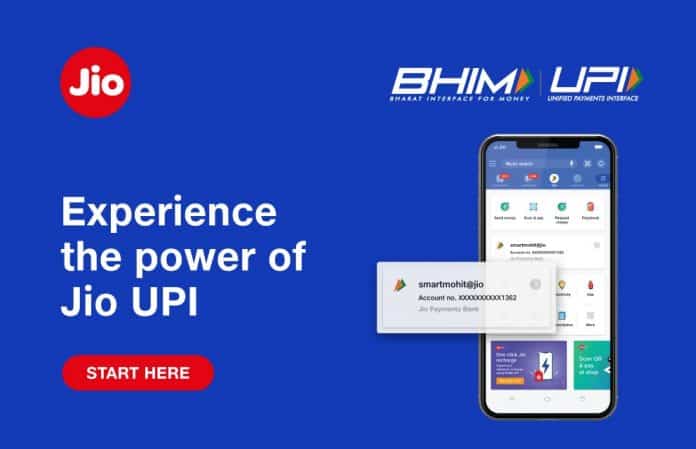 Since the launch of UPI or Unified Payments Interface payment solutions in India, many companies and payment apps have implemented into their system. But the telecom giant Jio, who has raised around ₹ 115,693.95 crore recently from 11 investments now intends to make its own Jio UPI ID as its primary payment solution.

There’s no denial of the fact that UPI payments have become a primary need for the digital India and Reliance backed Jio has its footsteps in various sectors. Its increasing demands in services like JioSaavn, JioCloud, JioFiber & JioMart have led customers to require online payments.

Now, having its own UPI payment solution, the Jio UPI ID will enable Jio Platforms Limited & MyJio App to become the One-Stop, All-In-One Super App for all digital transactions among Jio customers nationwide. According to Jio, UPI will provide a seamless payment process among the network of the customers, merchants & financial institutions.

For now, the service is limited for its users in selected circles including Mumbai, Delhi, North East, UP, Odisha, Kerala, Rajasthan & Haryana. Don’t worry if you are not in these circles, because soon Jio will expand its reach further. Jio also plans to bring the UPI payment solution to its popular Jio feature phones as well.

With this move, it’s clear that Jio intends to broaden its ecosystem and makes its super app more useful. Currently, Reliance Jio’s super app includes JioSaavn, JioNews, JioCinema, JioCloud and others, with the addition of services like Jio UPI, JioMart and Ajio, the new UPI payment solution from the company can really be very helpful.