Juventus vs Napoli: How to watch the Coppa Italia final live in India? 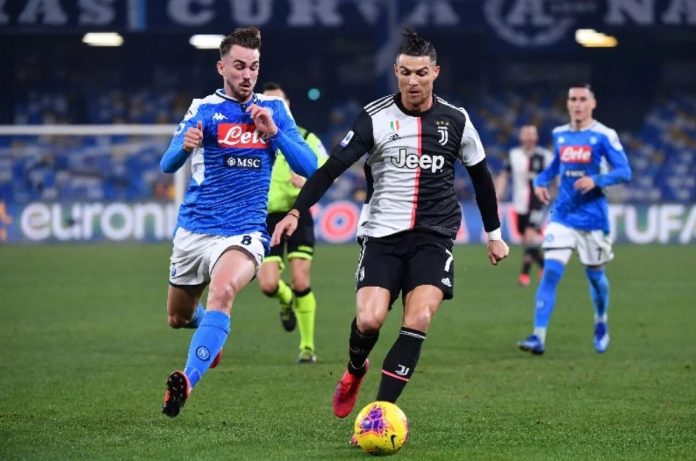 After the Coronavirus scare, it’s good to see Italian football returning and completing the Coppa Italia tournament. Juventus and Napoli will fight it out in the final for the Coppa Italia trophy before Serie A resumes on 20th June.

Juventus had a pretty ordinary outing against AC Milan where Cristiano Ronaldo missed a penalty, which is pretty unusual. But they wear fortunate enough to go through to the finals with a 0-0 draw in the second leg, courtesy Ronaldo’s vital first-leg away goal to draw the match 1-1.

On the other hand, Napoli had to fight hard to reach the finals. Christian Eriksen scored a goal for Inter which Dries Mertens cancelled out before Ospina made some outstanding saves to draw the match 1-1. They had a 1-0 advantage from the first leg, so advanced to the final on 2-1 aggregate.

Ronaldo is a big match player so you would expect him to light up the final along with his Juve teammates. Napoli will have to up their game in a bid to challenge for the trophy. But their goalkeeper Ospina who made some wonderful saves against Inter would miss the final through suspension, which is bad news.

When is the Coppa Italia final between Juventus and Napoli?

The Coppa Italia final between Juventus and Napoli will be played on 17th June, 2020.

Where will be the final played?

The Juventus vs Napoli final match will be played at Stadio Olimpico, Rome.

Which TV channels will broadcast the final live in India?

Unfortunately, no TV channels will broadcast the final match live in India.

Don’t worry! We have got you covered here. Even though you can’t get the broadcast of the final, you can watch the live streaming of the final on Serie A’s official Youtube account.

Cristiano Ronaldo is strongly considering a return to Manchester United