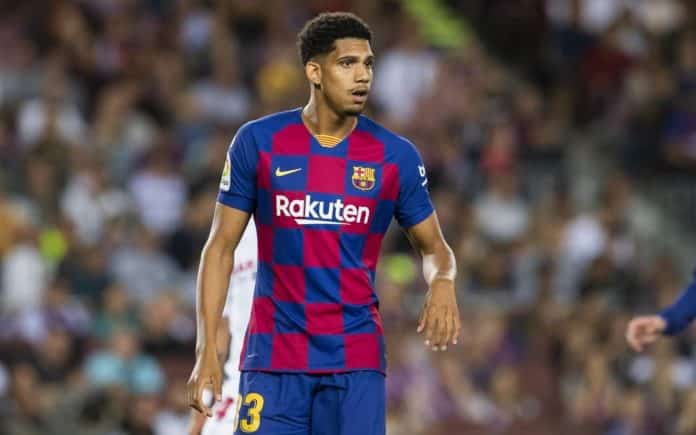 After an entertaining match against RCD Mallorca last Saturday, where Barcelona thrashed them by 4-0, thanks to the likes of Arturo Vidal, Martin Braithwaite, Jordi Alba and Lionel Messi, who did end up making a record of scoring 20 goals in 12 successive LaLiga seasons.

Ronald Araujo got his first start on the night, as Quique Setien chose him over Samuel Umtiti as Lenglet was out for his suspension. It was his first game which he played for the entire 90 minutes and he really played well alongside Pique, keeping the Mallorca players away from the penalty box.

“I worked hard to make this opportunity happen. I am very happy and excited,” the Barça B player explained. “I tried to enjoy it to the fullest.”

Araujo, 21 years Uruguayan Centre Back, made a great impact in his last match and not single moment he made us feel that he plays for the Barcelona B team. He stepped up to the first team on October 6th 2019 but with the unexpected loan departure of Jean Clair Todibo, he got more attention to his new coach.

After months of lockdown, he got the chance to play in the team’s first match, and he not only had fun but also stood out; He was the Barça player with the most completed passes (98).

“I always work to play,” he said, “I trained a lot during confinement and also learned tactical aspects that I lacked.”

“My team-mates and the coach gave me a lot of confidence,” Araujo revealed. “Years ago I chose them (Barça) on the Playstation, now I share dressing rooms and matches (with them),” he added.

If there’s one player that’s special to him, that is Luis Suárez. “He’s helped me a lot and not only in football matters, and before the game, he gave me a hug.”

Barcelona’s next game is against Leganes on Tuesday at the Camp Nou and with Clement Lenglet back from suspension, Araujo will sit at the bench most likely. As LaLiga has returned but with these hectic fixtures between now and then, it is very likely that he will get more first-team minutes.