Napoli vs Inter Milan: How to watch the second leg of the Coppa Italia semi-final live in India? 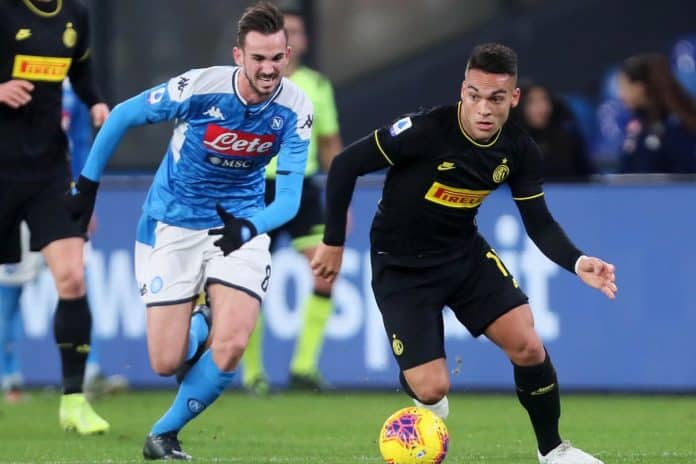 Italian football has resumed yesterday with the Coppa Italia semi-final second leg between Juventus and AC Milan. Juventus have booked their place in the final with a 0-0 draw. The away goal from the first leg 1-1 draw was enough to take them into the finals.

This match will be Napoli and Inter’s first match after a 3-month long layoff due to the Coronavirus pandemic.

Napoli will be without their defensive duo of Kostas Manolas and Kevin Malcuit but Kalidou Koulibaly will be back in action.

Meanwhile, for Inter, Alexis Sanchez has recovered from an ankle problem and is available for selection, but the strike partnership of Romelu Lukaku and Lautaro Martinez seems the most likely option to start the match.

When is the second leg of the Coppa Italia semi-final between Napoli and Inter Milan?

The second leg of the Coppa Italia semi-final between Napoli and Inter Milan will be played on 13th June, 2020.

Where will be the second-leg played?

Which TV channels will broadcast the semi-final live in India?

Unfortunately, no TV channels will broadcast the semi-final clash live in India.