Oppo Band to be launching this month 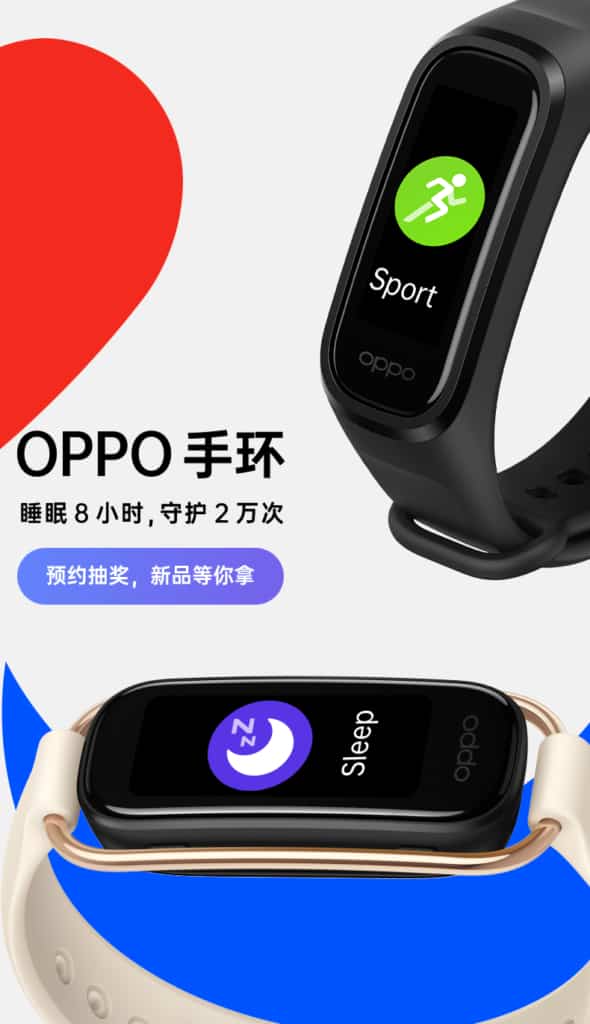 A few days back, the company Oppo covers up its Oppo Band EVA Limited Edition in celebration of the 25th anniversary of Neon Genesis Evangelion anime. But before that, it already listed the normal version of Oppo Band to its official website, along with some other e-commerce platforms.

Sad to say, only the item is added there. No specifications or pricing details are not mentioned. Fortunately from the images, Oppo released, we can gather a rough idea about some of the Band’s specifications.

By analyzing the images, firstly we can notice a Sports mode. This is very much obvious as it is a fitness band. There must be some activity tracker too. Among those, the sleep monitoring ability is confirmed. It is clearly visible in one image.

Going further, the Oppo Band will take charge via a pogo pin charger. There are the receivers at the back of the body and no other charging possible port is visible. Keeping in mind the features of Oppo watch, the Oppo Band may include VOOC fast charging.

Lastly, coming to the design. The released images say the upcoming Oppo Band is of two types. The first one is in Black with regular design and the second one is Pink with a floating design. An ‘Oppo’ branding is placed just to the downside of the screen. Need to say, the Band screen doesn’t receive any touch input but the body is water-resistant.

This Oppo Band will release in this June for sure, but the exact date is not announced yet. We are expecting the company will tease more features of this product at the time or before the release date announcement.

Previous articleMessi feels football will never be the same after the Coronavirus pandemic
Next articleAcer Swift 3 is the first AMD Ryzen 4000 powered laptop in India, starts at ₹59,990