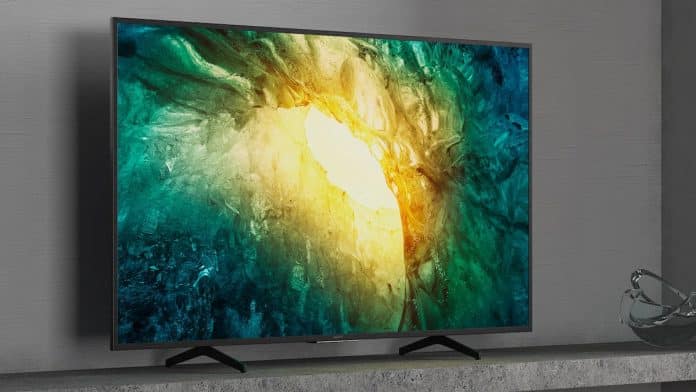 Recently, Sony has announced two new 4K Android TVs in India: the Sony Bravia X8000H and Bravia X7500H. These TVs feature 4K UHD LED panels and according to Sony, these next-gen TVs shall deliver a personalized and true-to-life viewing experience, also optimizing the consumer experience by delivering the true content the creators intend to.

Clearly, the Bravia X8000H series is much more premium than X7500H with Dolby Vision HDR feature and the 49-inch model comes with edge-lit LEDs while the 65 and 85-inch feature ‘Direct LED’ backlighting.

Coming to the Sony Bravia X7500H series, it carries HDR support, the X1 image processor, a bass-reflex speaker system, and has slim bezels across its edges.

All these TVs run on Android 9 Pie TV OS that allows users to choose whatever content he or she wants to watch using supported apps from PlayStore. Featuring the Google Assistant, Sony has also included “expanded voice control functions” to help you enjoy live TV, control apps and connected devices hands-free.

Both the TV series features Wi-Fi 802.11ac, Bluetooth 4.2, and have two USB ports on the side. Coming to ports, the Bravia X8000H has an Ethernet port, legacy RF input, composite video input, along with four HDMI inputs, a SPDIF connector for optical audio-out and obviously a headphone jack.

On the other hand, with Bravia X7500H series additionally, you get an RF input, one composite video input, and a total of three HDMI ports. On the audio front, the X8000H comes with two full-range speaker drivers, with 10W output each with Dolby Atmos stereo sound, while the X7500H comes with two 10W Bass Reflex speakers.

In the 85-inch and 65-inch models of the Bravia X8000H series also have a built-in X-balanced speaker which gives clear sound during movies and music. This premium TV series also supports Apple AirPlay and HomeKit technologies as well.