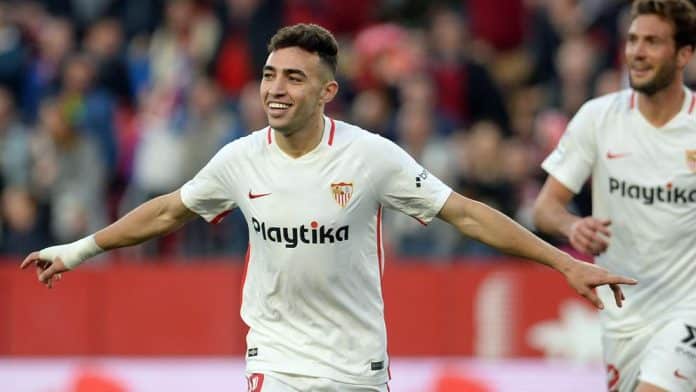 LaLiga has been suspended since March due to the ongoing Coronavirus pandemic. As almost 2 months have passed, things are better now. Bundesliga has been back in action from 16th May. LaLiga is also following their footsteps.

LaLiga president Javier Tebas has outlined Friday, 12th June as the target for a return to the pitch behind closed doors. The matches will be played “every day for 35 days”.

Sevilla forward Munir El Haddadi told Marca when asked about potentially resuming the season with a derby contest against Real Betis: “Well, as far as I know, they haven’t told us anything. If it has to be played, then we will play. We have to train hard to be the best we can when they say.”

“I think it [June 12] is fine. Four weeks already gives you time to do things. The best thing is the sooner you open to work in a group, which is what we need.”

“We want to play, all with caution because we have been stopped for a long time. It is not the same as being on vacation – [it’s been] two months locked up without being able to go out or train well. Little by little, we have to do more and safely.”

Munir further told about his lack of game time in Sevilla: “It is true that from there [the Copa del Rey defeat to Mirandes in January] I do not play and it may seem that way, but I tell you that with the coach I get along very well and there is no problem.”

“And if there has been a problem, it can be solved by speaking. There has been nothing, we have never discussed or anything like that. I am going to continue working, trying to grow and helping the team.”

“Really, and I have thought about this many times – I have to return the affection that Sevilla is showing me. I think I can give a lot to Sevilla and the fans that are so spectacular. They have always supported me, whether I’m in this situation or playing.”