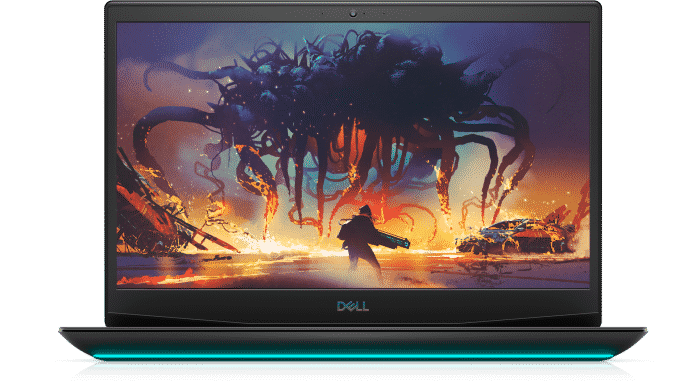 Interestingly, Dell has gone for both AMD and Intel options for the G5 15 except what we saw with the G3 15 gaming laptops. Dell has differentiated a lot of things with two of the variants which is quite unfair, giving the Intel laptops the extra edge when it comes to customizations and features.

Apart from the hardware, there are some key differences between both the variants in the form of RAM, Intel ones feature 8-16 GB 2933 MHz RAM while AMD variant feature 8-16 GB 3200 MHz RAM with both having the option to expand up to 32 GB.

On the storage front, you get up to 1TB PCIe M.2 SSD while if you opt for dual storage then Intel has a variety of options to choose including HDD + SSD combo while AMD variant has only SSD + SSD combo only. Then there are the chassis 12-zone chassis lighting options on Intel variants while AMD ones have the common 4-zone RGB backlit keyboard.

When it comes to port, the Dell G5 15 has almost similar selections like the Dell G3 15, depending on the type of GPU used, the HDMI 2.0, USB 3.2 Gen 1, USB 2.0, SD card slot, headphone jack remains constant. With GTX 1650 Ti variant you get USB Type-C with DisplayPort along with 1×1 Gigabit Ethernet.

For variants with GTX 1660 Ti onwards also feature a Thunderbolt 3 port, a mini-DisplayPort, also a 2×2 Killer E2500 v2 Gigabit Ethernet port. On the AMD front, the USB Type-C with DisplayPort remains constant with the other standard ports.

Also, when it comes to connectivity, the WiFi 5 + Bluetooth 4.1 is standard while you can opt for WiFi 6 + Bluetooth 5.1 as well with both Intel and AMD laptops while the Intel variants enjoying some extra optional benefits as well.