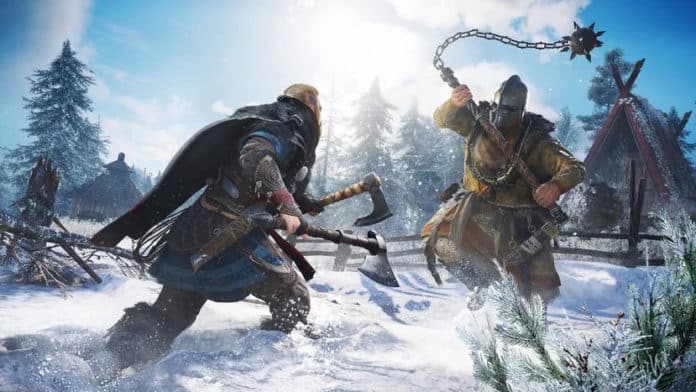 One of the most anticipated games for 2020 is obviously Ubisoft’s next Assassin’s Creed game called Assassin’s Creed Valhalla. Also, this year the revolutionary Microsoft Xbox Series X will make its way for gamers and a few days ago gameplay was revealed for the console that included Ubisoft’s new game as well.

The biggest question was whether the game could run at full 60 FPS while in the 4K resolution? Now a new report from Windows Central suggests that a Ubisoft spokesperson speaking with Eurogamer’s Portugal branch has speculated that the game will run “at least 30FPS” on Xbox Series X.

This actually raises the debate because the new gaming console by Microsoft was touted to run any game at 60 FPS. The spokesperson said:

“Ubisoft has always been committed to exploring new technologies, taking advantage of the capabilities of new consoles to deliver the most immersive experience possible, which is why we are excited to be collaborating with Microsoft to bring Assassin’s Creed Valhalla to the Xbox Series X.“

“We’ll have a lot more to show you about Assassin’s Creed Valhalla in the near future, so stay tuned for more information soon!”

So according to this 30FPS at 4K is achievable for the game running on Microsoft Xbox Series X but there’s a possibility this can get improved in the near future. Assassin’s Creed Valhalla is all set to release this holiday 2020 for Xbox One, Xbox Series X, PS4, PS5, and PC. So as there’s time left before launch Ubisoft and Microsoft can make optimizations to improve performance.

Why hasn’t Xbox been able to overtake PlayStation in the last 10 years?