Iniesta: “I would like La Masia to bear my name” 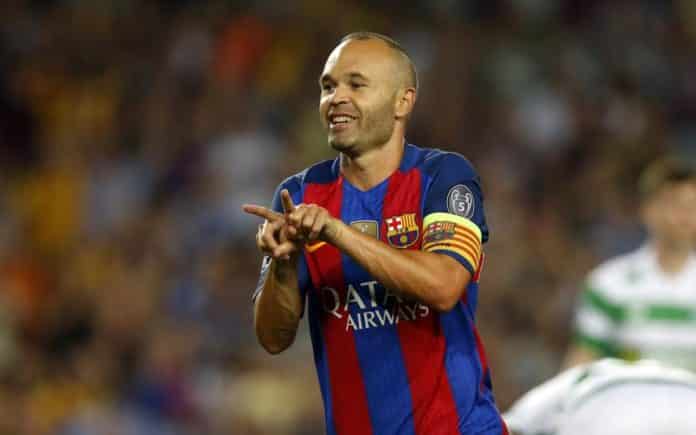 Today, at a video call, broadcasted by Barça’s Youtube channel and sponsored by Rakuten, Andrés Iniesta has spoke about his former teammate’s suggestion that La Masia should be named after him.

Ivan Rakitic has assured that La Masia should be named after Andrés Iniesta, obviously the Croatian international does not know that the emblematic building is already dedicated to Oriol Tort, a Barcelona player in the 40s who was famous for pushing youth development.

It is Rakitic’s way of expressing everything Andrés Iniesta means for Barça and the Barca legend himself is flattered by the occurrence and does not deny that he would like it to be so.

“I would like it [if it was named after me] for what La Masia signifies for me, for what it represents, for everything. When you talk about La Masia at Barça, you are talking about important words,” the Vissel Kobe midfielder said.

“But at the same time, I wouldn’t like it because so many players have passed through, so many people, who are equally as important as me. So it would be a difficult situation,” Iniesta reflected.

He also spoke about ‘The unexpected hero’, a documentary that narrates the life of the footballer from Fuentealbilla and in which many of his colleagues during his career appear, in addition to many other protagonists. He remembers his days at Las Masia and said:

“At La Masia I grew, I was forced to mature… I remember many teammates, directors, cooks…

“You are forged. Your character, your traits, your virtues, your defects… I learned a lot of solitary, a lot of humility, a lot of respect, and a lot of camaraderies, values that I love and I try not to lose.”