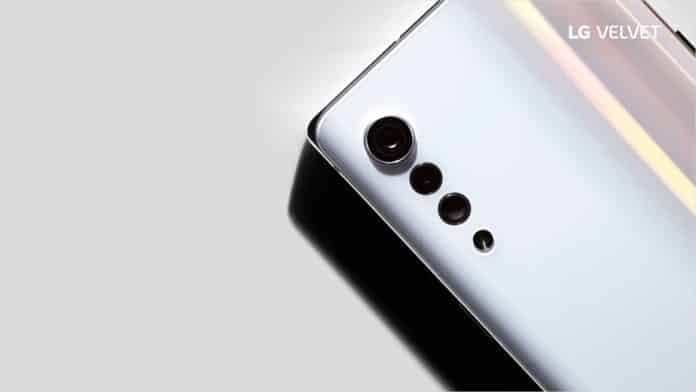 Reliable leakster @evleaks also known as Evan Blass shared a front view of the LG Velvet and said that it is going to support wireless charging. This seems too good to be true so we also referred to some of the reports by other websites and they also confirmed it. Even, we got to know from another source that the smartphone will come with a maximum of 10W power-consuming capacity from wireless charging.

LG has implemented a natural design in this smartphone and we know that the smartphone will support 30W wired charging. This is going to be a mid-range lineup from the company which gets revealed from its spec sheet as well, even the wireless charging is a bonus.

As per the specifications are concerned the LG Velvet is reported to come with a 48 MP main rear camera with OIS, an 8 MP ultrawide, and a 5 MP depth sensor. The front camera is housed in a waterdrop notch and will be of 16 MP resolution. The phone will come with an in-display fingerprint scanner.

LG Velvet will have 8GB of RAM and 128GB of storage, expandable through microSD. Stereo speakers, IP68 rating for water and dust resistance, MIL-STD rating for withstanding exposure to elements. Its dimensions are 167.1 x 74 x 7.85 mm, and it weighs 180 grams. The phone will also come with a 4,300 mAh battery that supports fast wired charging as well as wireless charging.

The LG Velvet will be released in Korea in Aurora White, Aurora Green, Aurora Gray, and Illusion Sunset. It will be priced at KRW 899,800 ($730 or €675). The phone will launch on May 7 and is said to available in stores from mid-May.