Totti feels he deserved more respect regarding his Roma departure 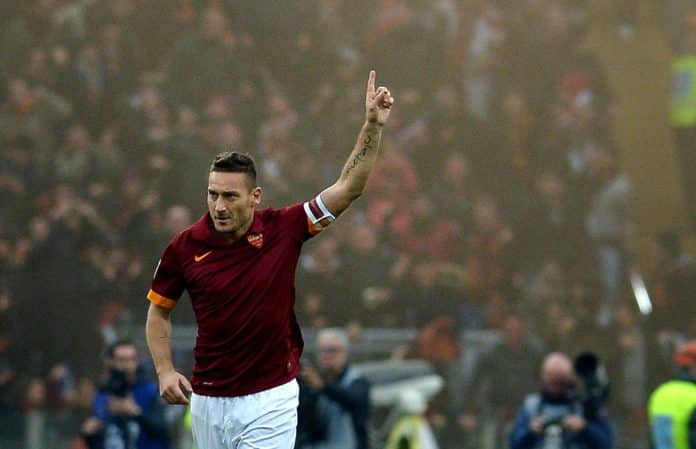 Francesco Totti was a world-class striker who has played his entire career for Roma. He made 786 appearances for the club and scored 307 goals, becoming the second-highest goalscorer in Serie A history.

Totti retired in 2017 from football. But he feels he deserved more respect from club president Jim Pallotta after what he did for the club in his entire career.

Totti told: “I didn’t want to stop playing. I was in good shape physically, so why should I stop? It’s not that I wanted to play all the time or was trying to force anyone to play me.”

“I didn’t want to ruin my time at Roma, so it was better to just retire rather than go somewhere else for a year. I am not stupid, I’m not 10 years old, but if I am in good shape physically and mentally, I can see during training that I still have a lot to give and I’m second to no one.”

“I would’ve been happy just being part of the group in the dressing room, helping the coach during difficult moments, working with the younger players to pass on my experience. Every time I came off the bench, the stadium would light up and that atmosphere helped everyone.”

“There’s an end to everything, I’m not dumb, but the problem is that some people told me it would be my decision and then shoved me to one side. I was upset because I would’ve cut my leg off for Roma.”

“Pallotta never told me that I wasn’t going to be offered a new contract, he just made sure I got the message. It was disappointing because I’d done so much for Roma and expected a little more respect.”

“The call came, I had two games left and my world collapsed around me. Even if I could feel that I was in the final stages of my career, I still would’ve appreciated more respect.”

Francesco Totti further revealed he can’t set foot inside Roma till Pallotta is in charge of the club. He cannot even bring himself to watch his son Cristian play for the Under-15s.

He said in an Instagram Live conversation with Luca Toni: “Look, as long as the situation is like this, I will not set foot in Trigoria. Every time I drop Cristian off for training, I stay outside the gate.”

“Sometimes I sit in the car and feel like crying to think that after 30 years, I can’t even set foot in there now. I left and that’s that.”

“I still have great friends and they come outside the gate to say hello. Every now and then, my son asks me to come in to watch him play, but I can’t do it. That would kill me.”

It painful to see a club legend getting treated like this after he has done so much for the club. Totti was on the verge of joining Real Madrid in 2004 and he could have got more success and trophies with Real Madrid. Instead, he chose Roma and helped them win more silverware. Totti definitely deserves all the respect for his loyalty.