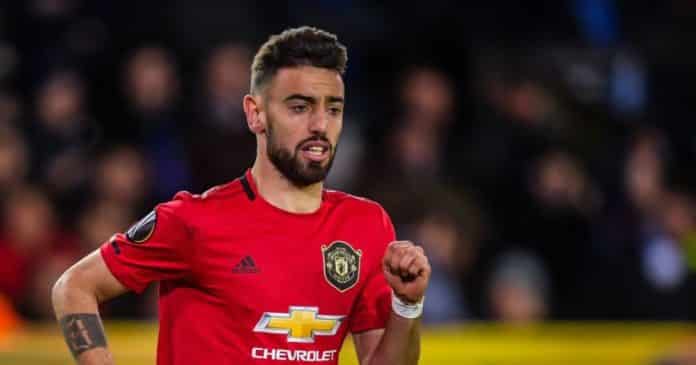 Manchester United had done an amazing piece of business in the winter transfer window. They signed Bruno Fernandes from Sporting CP for a reported €80m.

Fernandes has injected much-needed energy into the United midfield. He is a player who is always looking for the ball and has an eye for a goal or an assist. He has already scored twice and provided three assists in five Premier League games.

When Paul Pogba will make his return from injury, the two of them will make a great midfield pair alongside Fred or McTominay.

Bruno Fernandes’ team-mate Odion Ighalo believes he will “take the Premier League by storm” when he settles. He told United Hangout on Sunday: “He is intelligent, he has foresight, he has vision. He sees what he wants to do with the ball before it comes to him.”

Ighalo is also very impressed with United forward Anthony Martial. He said: “Anthony, since I came, he’s been scoring goals and doing so well, fighting a lot. He is a great player, he has great technique. He can do anything with the ball and he’s been doing fantastically well. I just hope he keeps going and scoring more goals and we end the season very well.”

“Watching it from outside it’s different. You only watch games every weekend and see how skilful he is. But I train with this guy every day, you understand? Every blessed day I train with him, and it’s incredible what he does in training, do you understand? He does it so easy, you know?”

“Sometimes in games it’s difficult to do it, sometimes you face a tougher opponent but this is someone who every day you see in training and say wow, he’s a good player.”

Previous articleXiaomi Redmi Note 9 appears on TEENA and 3C certifications website, the launch is near
Next articleEden Hazard will return stronger as he is recovering well from his ankle injury