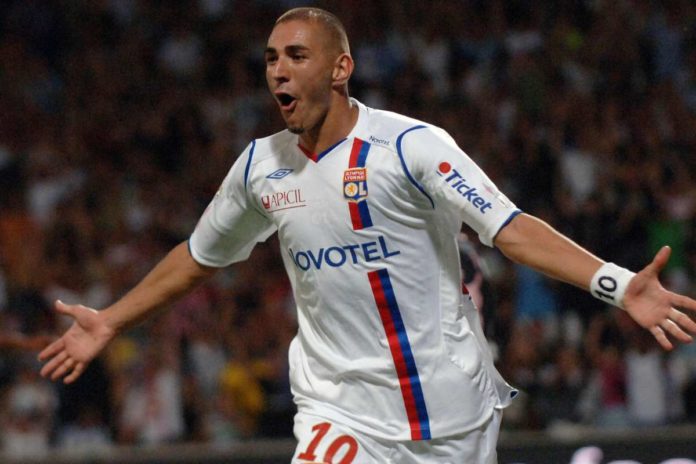 Benzema made his senior debut for Lyon during their triumphant 2004-05 Ligue 1 campaign. He played an increasingly significant role as they made history by winning the trophy seven times in succession.

He quickly became a world-class forward and started attracting attention from the top European clubs. Benzema made the switch from Lyon to Real Madrid in 2009 for a reported €35 million.

Since that move, he has never looked back. He has been one of the best Madrid players in the last decade. He was in Ronaldo’s shadow for the maximum part of his career but he has still scored an incredible 241 goals in 501 appearances in all competitions for Los Blancos.

Benzema said in an interview on the French club’s official YouTube channel: “Coming back to Lyon? It is often said to me. People know how attached I am to Lyon.”

“Coming back to Lyon immediately is not possible because I am in the best club in the world and I have a lot of things to do. But [I could] come back to Lyon and retire, why not?”

“Anyway, I will come back to Lyon, whether as a footballer or not. I am a Lyon lad, of course, and my brothers follow Ligue 1 closely. I like how Lyon approaches big games, you know they have what it takes to beat anybody, but then sometimes they come up against a weak team and lose. That annoys me more!”

Asked for the top three players he has played alongside, Benzema said: “The best three I’ve played with? It’s hard. There have been so many.”

“In France, I enjoyed playing with Juninho [Pernambucano] and [Sylvain] Wiltord. But in Madrid, there were a lot of good players. Cristiano Ronaldo, [Sergio] Ramos… It’s hard to choose. But I had the chance to play with very great players.”