Steven Gerrard has hailed Jordan Henderson as a ‘role model’ 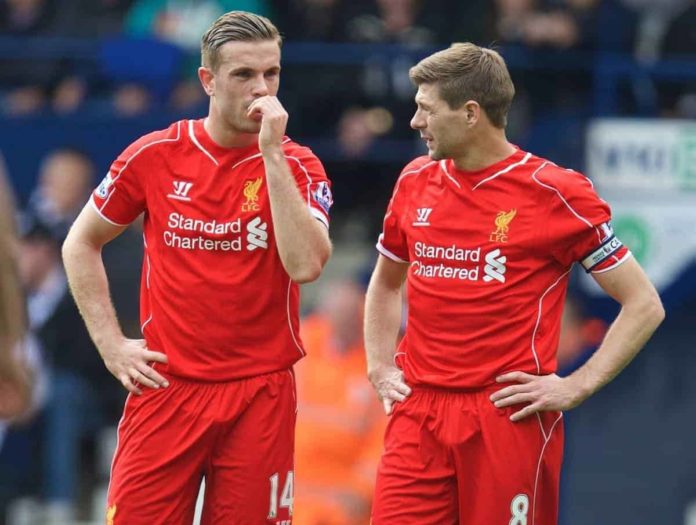 Steven Gerrard and Jordan Henderson used to share the same dressing room at Liverpool for four seasons. After Steven Gerrard retired in 2015, Henderson was appointed as the club captain.

Henderson is wearing the club captain’s armband to perfection, both on and off the pitch. During this time of crisis due to Coronavirus pandemic, the Liverpool captain has launched the #PlayersTogether initiative that will see Premier League players donate funds to NHS charities.

He is leading the club by example. He has been a very successful Reds captain, lifting the Champions League trophy last season and helping his side to open a 25-point lead at the top of the Premier League table before the 2019-20 season was suspended indefinitely.

Liverpool legend Steven Gerrard has hailed Henderson as a “role model” for his part in organising a charity fund to help health services in the United Kingdom during the coronavirus pandemic. He told Sky Sports’ The Football Show: “I remember he came into Liverpool as a shy lad from Sunderland and his family asked me to keep an eye on him and look after him. He’s a very selfless person, on and off the pitch. He was a dream to play with because of his energy. I’m certainly one who’s always sung his praises because I appreciate the job he did in the team.”

“I think he’s got better and better from a football point of view but, as a person, I think what he’s done over the last couple of weeks sums the human being up. He’s a fantastic man and he’s become a top-class midfielder. Everything he earns in the game and every accolade he gets he absolutely deserves it. He’s a role model to a lot of young kids.”

He further added: “They [Liverpool] have been phenomenal for a few years now. I thought they were very unlucky last year not to be champions – that was down to how good Manchester City were.”

“They just seem to be getting better and stronger every single year. The one key thing that’s blown me away from when I played is their mental strength across the board. We used to have some really good professionals and mentally strong players in our squad, but it seems like from number one in the squad to number 26 they’re all monsters and all on the same page.”

“To have a squad that all has that mentality, I’m really excited to watch them in the coming years as well because they’ve got a fantastic opportunity to become a very successful Liverpool team.”