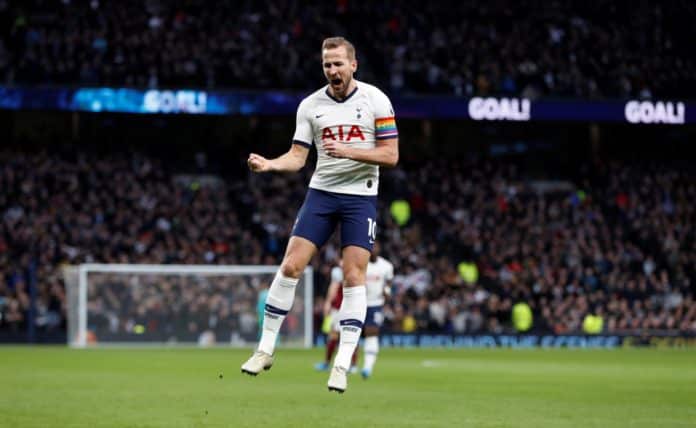 All the clubs are hit by the financial crisis due to the Coronavirus Pandemic. The clubs have stopped getting money from matchday and sponsorship fees. Almost all the players and staffs have taken pay cuts to help their clubs cope with the economic problem.

Harry Kane is arguably the best striker in the Premier League. He won back-to-back Golden Boot awards in 2016 and 2017. Kane has been linked with a move to Manchester United. United have strengthened their defence and midfield and now it’s time to sign a world-class striker to make them title challengers again. They have last won the Premier League in 2012-13.

According to the Daily Mail, Tottenham will allow their star striker Harry Kane to leave for £200 million. Tottenham Hotspur chairman Daniel Levy is reportedly keen to sell Kane in order to have some cash inflow to deal with the economic crisis due to the Coronavirus pandemic.

Former Tottenham midfielder Danny Murphy wrote in a column for the Daily Mail.”Manchester United are closer to challenging for the Premier League title and Champions League than many people think. “The final piece in the jigsaw is a world-class centre-forward. We know it and they know it. It is why they tried to sign Erling Haaland in January.”

“If Harry Kane is available, even for a record price, United would be mad not to look a gift horse in the mouth. They are the richest club in England and, if there is ever a time to use that financial power, it would be to prise the best striker in the country away from Tottenham.”

“Kane will guarantee United goals but will also get the best out of Marcus Rashford, who could play in his best position out wide and still come inside to score. Can you imagine Kane on the end of the creativity of Paul Pogba or Bruno Fernandes? Sometimes you don’t know if new signings will adapt to playing under pressure at Old Trafford but we know from the World Cup that Kane comes alive on the big stage.”

“I could see why Spurs fans would be aggrieved at me linking Kane with United but I know from personal experience that the two things which drive players most is regular football and winning the big trophies. Kane can do that at United. At Spurs, he may have to settle for a domestic cup or two. Kane has been injured since January but I don’t see why a hamstring injury like that should stop him from becoming the player he was. In fact, the rest might have done him good after playing non-stop for a few years.”

“Spurs chairman Daniel Levy is a tough negotiator and £200million is a mouth-watering price. But if United have the money, they should spend it on Kane. He can turn them from a team with potential, into genuine challengers.”