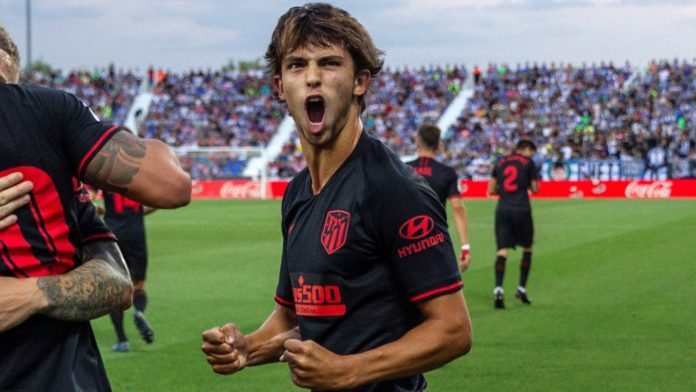 Joao Felix was brought to Atletico Madrid as a long-term replacement of Griezmann at a whopping transfer fee of €126m from Benfica. Felix also became the fourth more expensive player of all time in July when he arrived at the Wanda Metropolitano.

The 20-year old was speculated to be the next superstar but has not yet managed to live up to his humongous price tag and managed score just four La Liga goals in 2019-20 season before it was suspended in March due to the pandemic.

His fellow Portugal international Joao Mario has explained why he thinks Felix is more suited to Barcelona than Atletico Madrid:

“Atletico is one of those teams that, from the outside, are very hard working, as if they were an Italian team playing in Spain,” he said.

”Eighty per cent of Benfica’s play was attacking. Therefore, along with the pressure of the price tag, it’s not easy to settle in at Atletico.

”Compare that to, for example, a team like Barcelona where, although the pressure could be greater, their style of play is more suited to him.

”I think Barcelona would be where he fit best, I really like the style of play.”

Felix has a seven-year deal with Atletico which runs until June 2026. The Spanish giant will be hoping to get the best out of the emerging youngster when football makes its way back.