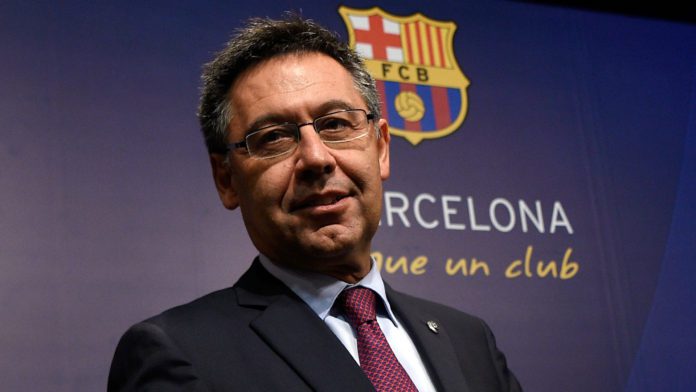 Barcelona vice president Emili Rousaud along with 5 other board members, Enrique Tombas, Silvio Elias, Josep Pont, Jordi Calsamiglia and Maria Texidor has resigned on Thursday. This has caused turbulence inside the Barcelona board room.

Rousaud claimed “someone had their hand in the till” at the club. In an interview with RAC1 on Friday, he said: “I don’t know who it could’ve been, but I think so. When you pay a million euros for something that’s worth 100,000 euros, white and in a bottle. I don’t know who it was, but one can have an idea.”

He further added: “He [Bartomeu] broke up the payment in order to avoid control of the commission. Now there’s an investigation that will say how it all went. Bartomeu knows that. The social media matter is a dirty one.”

“I think someone has had their hand in the till, but I don’t know who. Although I don’t think it’s someone on the board.”

Barcelona has now released an official statement on Friday denying all the corruption claims.

The official club statement read: “Given the serious and unfounded accusations made this morning by Mr Emili Rousaud, former institutional vice president of the Club, in various interviews with the media, FC Barcelona categorically denies any action that could be classified as corruption, and therefore reserves the right to filing of criminal actions that may correspond.”

“In this sense, the analysis of the monitoring services of social networks is being subject to an extensive independent audit by PriceWaterhouseCoopers (PWC), which is still ongoing and, therefore, without any conclusions, having facilitated the Club all the information and means that PWC has been requesting since the beginning of the process.”

“Finally, the resignations of members of the Board of Directors announced in the last few hours have taken place as a result of the remodelling of the Board promoted by President Josep Maria Bartomeu this week, and which will be completed in the coming days.”

“This remodelling of the Board of Directors aims to face with the maximum guarantees the last section of the mandate, with the aim of implementing the necessary measures to prepare the future of the Club, overcoming the consequences of the health crisis that we are experiencing, and of completing the actions of the management program started in 2010 and the Strategic Plan approved in 2015.”

Barcelona board has faced a lot of criticism in recent times. Club captain Messi, who usually keeps quiet, has come out protesting the board members. It looks like Bartomeu has lost his control over the club and maybe his time is up as the Barcelona president. The presidential election which was due to be held after one year can now be even brought forward to elect a new president.