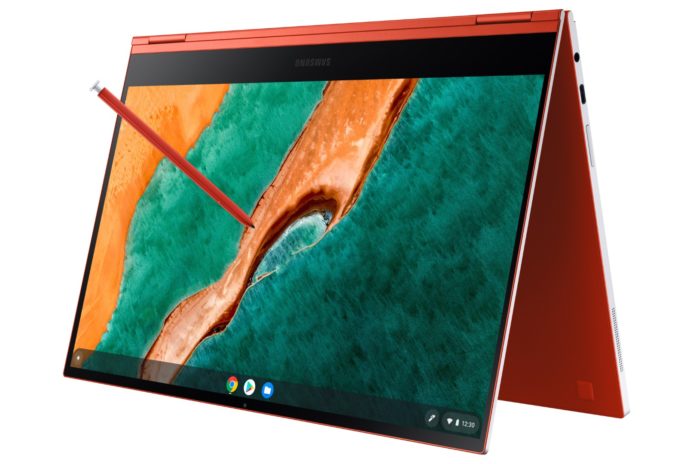 Originally being unveiled at CES this year, the 9.9 mm-thick convertible Chromebook from Samsung starts getting shipped at its starting price of $999. Samsung and resellers like Best Buy are now shipping the Galaxy Chromebook to customers in North America.

Talking of hardware, the laptop features a Comet Lake-U Core i5-10210U CPU along with up to 16 GB of LPDDR3 RAM, Wi-Fi 6, and up to 1 TB of internal storage. It comes integrated with stereo (2 W x 2) speakers and can be used as an entertainment powerhouse relative to other Chromebooks already in the market.

It’s hefty $999 pricing will be about twice as much as the average Chromebook but its overall specs along with its sleek design make it worth the investment. The improved Chrome OS has evolved a lot over the years and has included Android Play Store which will help boost the longevity and functionality of the hardware.

The Samsung Galaxy Chromebook XE930QCA will come in Red and Gray color options, also features a 1 MP webcam on the keyboard deck to better exploit the 2-in-1 form factor. With this laptop, Samsung wants to target younger professionals/ office users rather than educational institutions or people looking for cheaper alternatives.

You may check out the official product page for the Galaxy Chromebook here or directly purchase from BestBuy.