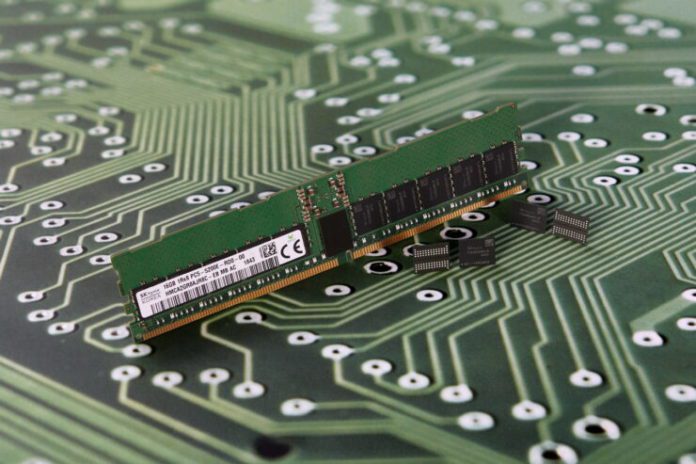 DDR5 RAMs are not too far away from now, but you might think they are already being featured on smartphones. Yes, LPDDR5 RAMs have already started being used on smartphones and now the faster DDR5 RAMs enters production.

Motherboard and CPU manufacturers are waiting for RAM manufacturers to implement the new standards of RAM. SK Hynix have shown the light as they will be the first to produce 16 Gb DDR5 modules built on 10 nm nodes.

These RAM modeules are scheduled to enter mass-production this year. The South Korean company has released a detailed outlook explaining how the company wants to proceed in the coming years, as well as some advantages brought with the jump to DDR5 standard.

SK Hynix aims to increase frequency by 50% at launch time, which means that the first RAM kits will be operating at 4,800 MHz (DDR4 JEDEC maximum was 3,200 MHz). The company expects to hit the 8,400 MHz mark theoretically but it will not be long before 6,400 MHz DDR5 variants hit the market.

According to IDC, the DDR5 RAM production should rise to 22% by 2021, then 43% by 2022. The new DDR5 modules which will be launching this year will most likely be aimed towards server-grade solutions like AMD’s upcoming EPYC Genoa and Intel’s Sapphire Rapids Xeon platforms.

It will take some time for consumer-grade implementations but not too far off, probably the wait will be over in the late 2021 when both CPU and motherboards too will available for new DDR5 RAM modules.

All the Kingston Fury DDR5 RAMs discounted on Amazon India