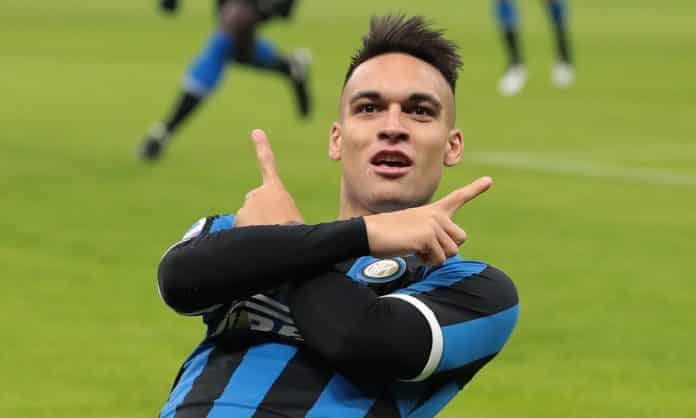 All the major football leagues around the globe have been suspended which have given time for the clubs to assess their summer targets. As a result, many transfer speculations are coming up.

Inter striker Lautaro Martinez is all over the news nowadays. He has been linked to all top European clubs. Among all of them, Barcelona seems to be the closet to get his signature. They want to unite Messi with his fellow Argentine striker.

Martinez arrived at Inter from Racing Club for a reported €22.7 million in 2018. Since then he has gone on to establish himself as a world-class striker. The 22-year has scored 16 goals in 31 games in all competitions this season.

He has helped Inter sit third in the league table, nine points behind leaders Juventus when the season was suspended due to the Coronavirus pandemic.

Inter vice-president Javier Zanetti told Sky Sport on Thursday: “I’m happy to talk about [Lautaro] because when we signed him we had been following him for some time. He was one of the most promising players in Argentine football and [Diego] Milito thought he’d have a big future.”

“Now he’s an asset for us and he’s grown a lot. I see him training every week. He’s happy with us and I hope he stays for a long time.”

Italy is one of the most affected countries in the world due to the COVID-19 outbreak. More than 13,900 people have died.

Zanetti said about Italy’s current situation: “Thinking about recovery is very difficult today. Until April 13 it is right to stay home to allow the epidemiological curve to go down, then we will return to normal life gradually.”

“We are in a dramatic situation all over the world. The coronavirus is affecting many populations and should not be underestimated.”

Romelu Lukaku to stay at Inter Milan beyond 2023