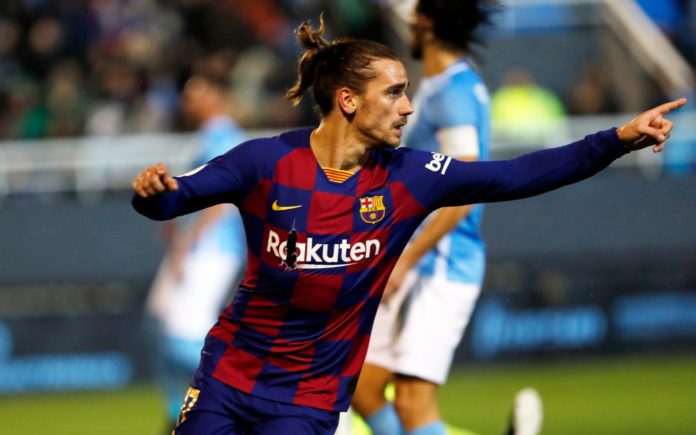 When football has stopped around the globe transfer rumours are floating all over the internet. Neymar will again be Barca’s main target this summer and they are willing to do everything to get him back to Camp Nou.

A fresh update from Sport says that Antoine Griezmann is the key to Barca’s summer transfer business. Griezmann is splashed all over the front page of the Catalan daily who are firm that Paris Saint-Germain is interested in getting the Frenchman to replace Neymar.

Though Griezmann score 14 goals this season, the Balugranas are not satisfied with his performance. On the other hand, PSG’s priorities this summer will be to keep hold of Kylian Mbappe and they are likely ‘Frenchify’ their team and this is where Griezmann comes in.

Griezmann really had a hard time playing mostly as a left winger and didn’t seem impressive while he played the striker role for Barcelona but no one can deny he scored goals in the difficult situations this season. Most of the legendary players feel Griezmann needs time to settle but it seems the club might be using him to bring Neymar.

The Ligue 1 champions are really liking the idea of having French World Cup winner Griezmann in their team and they also think he could also help convince Mbappe to stay as he is linked to many clubs this summer and PSG is convinced to make a new contract with Mbappe.

Griezmann can also be a good potential replacement in the attacking options because Edinson Cavani is set to leave the club when his contract expires in the summer.

Bringing Neymar back to the Camp Nou is the biggest target for the club and no one can deny the fact that this will be a very complicated process. But the fact remains that Barca is starting to think of using Griezmann as a potential weapon to make this impossible transfer happen.

Previous articleCloudflare’s 1.1.1.1 is now available for families
Next articleLautaro Martinez considered being the ‘great No. 9’ for Lionel Messi