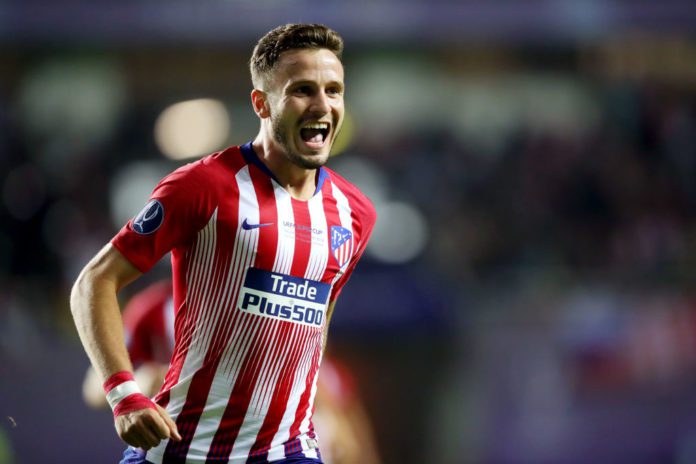 The transfer saga of Paul Pogba is going on for a long time. Manchester United now want to finish off the matter. They have already chosen their target who would replace Pogba in the midfield.

According to a report by The Star, Manchester United could trigger the staggering £135m buy-out clause to sign Saul Niguez from Atletico Madrid, if Paul Pogba is sold.

The Spain international is a world class player. He has a successful career both with club and country. Till now, he has made 286 appearances for Atletico Madrid and has scored 38 goals and provided 18 assists in all competitions.

What stands apart for Saul is his tactical awareness and his versatility! He usually plays in the midfield but can also play in the right-hand side midfield or in the holding midfielder role. He has also played as a left-back in times of crisis at Madrid.

Manchester United legend Rio Ferdinand is excited about the potential arrival of Saul Niguez, who he thinks will be a perfect fit for the United midfield along with Bruno Fernandes, McTominay and Fred.

Ferdinand told: “He’s [Saul Niguez] another one, what a player. I’ve been harping on about Saul Niguez for a few years now. I think he’s a major player. Composed, calm, great left foot, lovely conductor, he can score goals, tactically he’s very aware.”

“You can see Simeone, he gets his teams really well set up and he’s in the middle orchestrating and dictating things. Saul Niguez is huge and it’s come out in the papers this week that Man Utd are interested in him, but we’ll have to wait and see.”

The arrival of Saul is largely dependent on the sale of Paul Pogba. Pogba has been linked with a move away for a long time. So if they can sell him for around £100m, United would only then think of spending such a huge amount on Saul. But he’s worth every penny. He has shown that in Madrid.