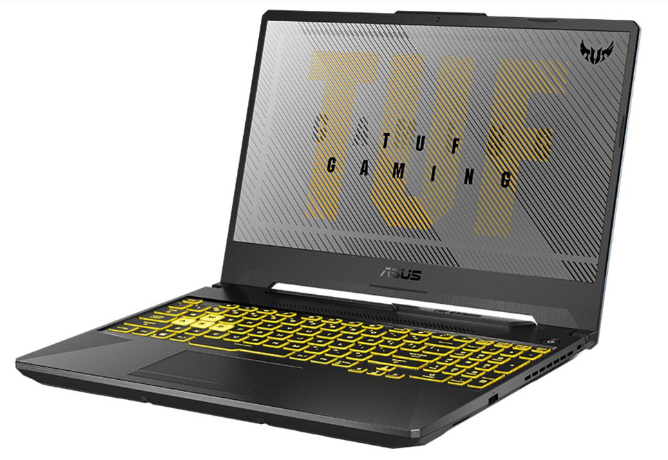 Asus has been a long partner for AMD and its TUF gaming laptop series is quite popular among gamers for its incredible performance at a lower price than Intel-powered laptops. The Ryzen 4000H gaming processors have totally changed the game in favour of AMD.

So newer laptops of ASUS will be featuring this APUs and among them will be its TUF gaming laptop series. So a TUF Gaming laptop with AMD Ryzen 7 4800H APU and Nvidia GeForce RTX 2060 GPU have been spotted to create some records in the benchmarks.

Repeated leaks and rumours have already given the proof of the power of the new Ryzen 4000H gaming processors. On top of that, recently spotted on Cinebench R15 by HXL the upcoming device managed to get a multi-core score of 1,743 points.

The Zen+ processor scored 1,801 points in the Cinebench R15 test considering the fact that the CPU has a higher base clock and a major TDP difference which even makes the Ryzen 7 4800H APU much more impressive.

It is because Asus is currently advertising the TUF Gaming FA506IV laptop featuring Ryzen 7 4800H and GeForce RTX 2060 for preorders at its UK store for £1,299.99 (~US$1,619). If the price/performance ratio is to be considered then fans would really be happy for the laptop.

Share
Facebook
Twitter
Pinterest
WhatsApp
Linkedin
Previous articleLuis Enrique has left the door open for his Barcelona return
Next articleOnePlus is extending its Warranty, Return, and Replacement period due to Lockdown in several countries