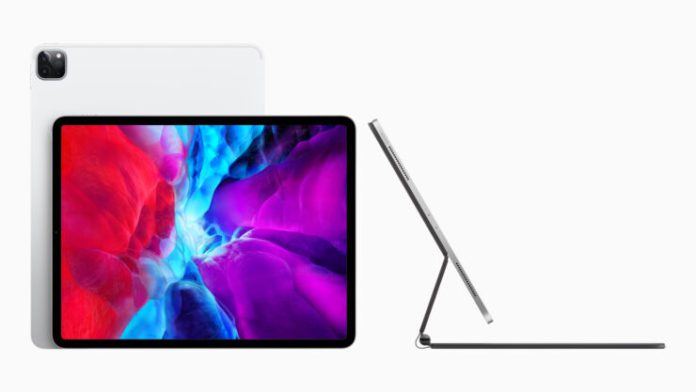 Recently, Apple launched both of its iPad Pro and MacBook Air silently, now the performance benchmarks for both of them are surfacing throughout the internet. Both of these devices have had some fair hardware upgrades over last-gen, the iPad Pro now equipped with Apple’s new A12Z processor while the MacBook Air comes with Apple’s custom Intel Ice Lake chips.

It’s worth noting that the newer Apple A12Z Bionic chip is the same as the previous A12X processor found on the 2018 iPad Pro with some minor tweaks and the benchmarks is the evidence of that. In fact, the A12Z processor has the same clock speed and architecture as the A12X processor, only the exception being the presence of an additional GPU core.

Also, the 6GB RAM upgrade might be the key factor when it comes to performance and as we are on the verge of the iPadOS 14 announcements in a couple of months, the additional amount of RAM might be helpful for the new features that Apple will release in the software update.

This is quite expected as there’s no significant upgrade on the CPU front and the presence of an extra bit of RAM does help in multi-core tests. So is you do own a 2018 iPad Pro you will not have a big reason to upgrade your “already powerful” device. The key improvement might be the cameras and design along with a doubled storage and added trackpad support.

Already the 2018 iPad Pro is available at a discounted price and is indeed a great value for money. Also, even after adding the cost for a keyboard as well as the Apple Pencil, it is not easy to find a Windows PC which has a comparable display or performance in the same price range.

The benchmark scores tell how powerful the iPad Pro is and even the newly announced 2020 MacBook Air cannot compete well against the iPad Pro in terms of performance. The new MacBook Air score only 1047 points in single-core and 2658 in multi-core which is far lesser than the Apple chip.

When compared with the 2019 MacBook Air that featured the 8th gen Intel CPUs based 14nm, did give a comparable performance in the multi-core tests as it scores 3851 points in Geekbench to Apple’s A12Z processor. While the 10nm Ice Lake CPU does give better single-core performance scoring 1047 points in benchmark and should give better battery efficiency.

Also, it’s worth noting that the MacBooks have a fan for active cooling, while the iPad Pro does not have any still gives incredible performance and if you want a powerful device for creativity and work purposes then do grab the new Magic keyboard and an Apple pencil.

While if you want a more authentic MacBook experience then the newer and cheaper MacBooks with increased storage, enhanced battery life, larger display and better keyboard might be a better option for you.