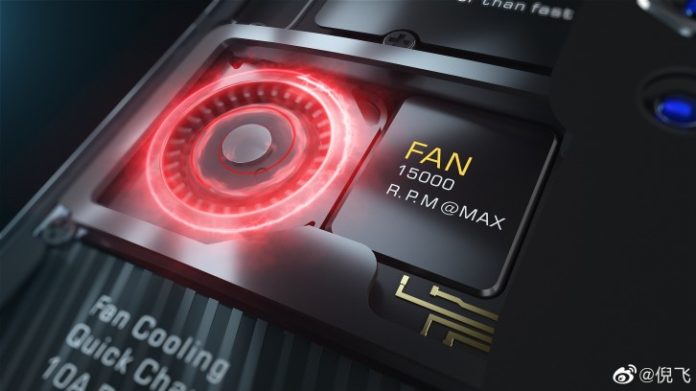 In 2020, we are getting new smartphones every now and then with the latest flagship SoC i.e. the Snapdragon 865 and scoring new AnTuTu benchmark records. Last week the Xiaomi Black Shark 3 Pro was holding the #1 spot in the AnTuTu benchmark but now we have Nubia’s upcoming 5G gaming smartphone.

Nubia has already been teasing some of the important specs of the smartphone including a groundbreaking 144Hz AMOLED display, the Snapdragon 865 SoC using the X55 modem coupled with 16GB of RAM. A Weibo post has confirmed the AnTuTu score of the smartphone.

Xiaomi’s Black Shark 3 Pro scored a total of 620952 points while the newcomer Nubia Red Magic 5G has outdone it with 633724 points. Nubia has even pointed out that it has achieved it because of the inclusion of its new physical fan that has been improved from its successor.

The new fans apparently go up to 15000 rpm and have been confirmed via a Weibo post, whereas the Red Magic 3 could go only as far as 14000 rpm.

The Nubia Red Magic 5G is said to sport a 6.65-inch AMOLED display with a high 144Hz refresh rate along with 4400mAh battery that may charge at a rate of up to 80W. It is also said to sport the latest 64MP Sony IMX 686 sensor and full details will be unveiled on March 12, 2020, at its launch event.