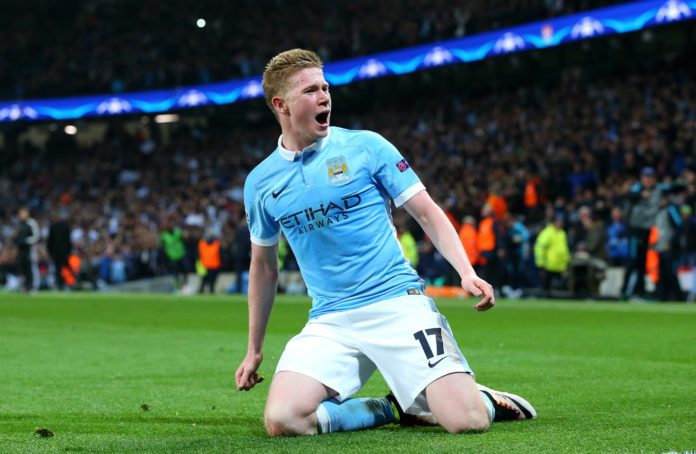 Pep Guardiola’s Manchester City has dominated England for the past two seasons. They won back to back Premier League titles along with other domestic trophies in England.

The chief architect of Pep Guardiola’s team is their attacking midfielder Kevin De Bruyne. He dictates the play and brings creativity to their midfield.

Kevin De Bruyne is having another great season with Manchester City. He has already scored 9 goals and provided 18 assists in 26 appearances. He is one of the best in his position. He has done this terrific job for 3 seasons running.

Kevin De Bruyne told Sky Sports: “I’m probably not too far [from the Ballon d’Or]. But who am I to decide that?”

“I just try to be the best I can be. I’ve been playing well over the last few years and even last season, I had a lot of injuries but the times that I was on the pitch, I was doing OK.”

“Over the last few years, I’ve been in contention for the top 30 in the world and it feels good because you work very hard in your profession. To be acknowledged as being really good at what you do is always nice. It gives me the motivation to stay there and be on top for as long as I can because [playing] football is for a short period of time and I just want to be the best version of what I can be.”

He further added: “I think I’m more of a complete footballer than I was a few years ago. I’ve had some good years in my career but I think either side of the ball, mentally, leading a team. I’m better now than I was two or three years ago. I think I’m doing really well and I feel comfortable and happy with the way I’m performing.”

The Belgium international is surely among the top 3 midfielders right now in world football. He has won everything that was available to him in England. Manchester City will play in the Carabao Cup final against Aston Villa on Sunday and De Bruyne is expected to bag another winner’s medal.