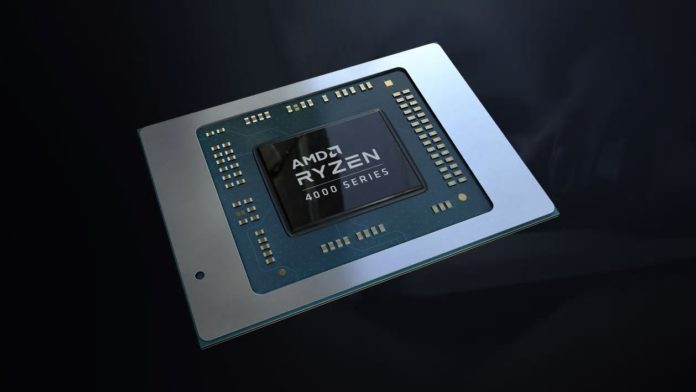 After the launch of the AMD Ryzen 4000 mobile APUs, we had a doubt if the 7nm goodness of these processors can overtake NVIDIA graphics after giving Intel some hard times on the horsepower front.

The integrated Vega graphics has been one of the key selling points of the Ryzen Mobile processors and with days it has become much more powerful & efficient. Now, the leaked 3DMark 11 scores of the new Ryzen 7 4700U will give NVIDIA some problems.

Surprisingly this 15W Ryzen 7 4700U APU even defeats the 25W discrete GeForce MX250 by nearly 17% in the 3DMark 11’s graphics test. The integrated Vega 7 graphics (with 7 compute units) scored 5446 points whereas the discrete NVIDIA GeForce MX 250’s scored only 4655 points.

The Zen 2 based processor also nails it on the CPU performance, scoring a massive 10,404 points which are in fact on par with the 65W Intel Skylake Core i7-6700 desktop CPU. The Ryzen 4000 mobile processors will provide incredible performance not only on the CPU but also GPU front and nows it’s evident after these leaks.

Even though the new MX330 and MX350 mobile graphics are out but the efficiency of the new AMD APUs and their cost will give users the freedom to get both performances on the CPU and the GPU front without paying extra bucks for the discrete graphics.

If you are an AMD fan and have been waiting for this moment for them to show complete dominance on both the CPU and GPU front for the mobile processors, the time has come, all wrapped under a mere 15W TDP envelope.

It will be interesting to see how Intel hits back with its Tiger Lake chips with integrated Gen12 iGPU. Also, these scores and numbers shall differ and can even improve if the laptops implement the Ryzen 4000 processors properly, can’t wait to test them out!