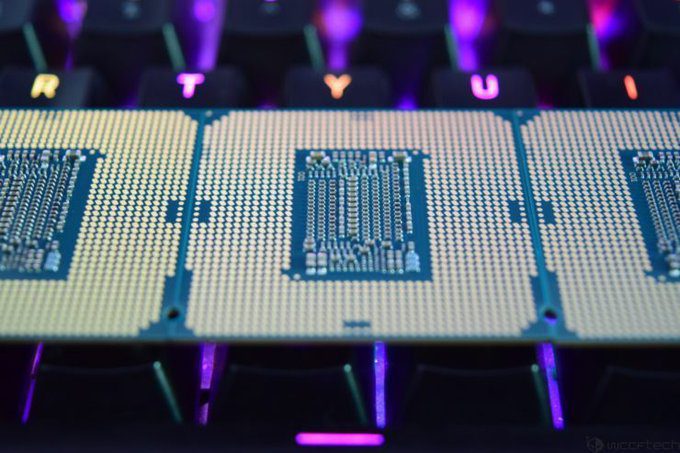 The 10th Gen Intel Core processors will soon make its way to desktops in the coming weeks or months and we are getting more and more leaks regarding these CPUs. Being scheduled to launch next month, these CPUs are also the refreshed 14nm chips by Intel with some minor tweaks over last gen.

After facing a hard time against its sole competitor AMD, the blue team is also beefing up its core and thread count to compete with AMD. Already we know that Ryzen CPUs are eating away Intel’s CPU market and in this situation, Intel has no other option but to reduce the prices to offer even better performance out of its age-old architecture.

If compared with the AMD Ryzen 7 3700X, the new Intel counter-part scores approximately 2 percent higher in the single-threaded score and the multi-threaded score is near very near to each other and is well within the margin of error.

It seems that both the Core i7-10700 and Core i7-10700F CPUs perform almost alike only difference being the iGPU and the i7-10700F might be a cheaper option for people. As this is a Core i7 variant, Intel is cutting down costs and is about to deliver almost i9-9900 performance even though coming at an i7-9700 price.

Now the Core i9-10900 CPU comes with 10 core options and soon in the coming months we expect Intel to launch the 10th Gen Intel Comet Lake processors for desktops.