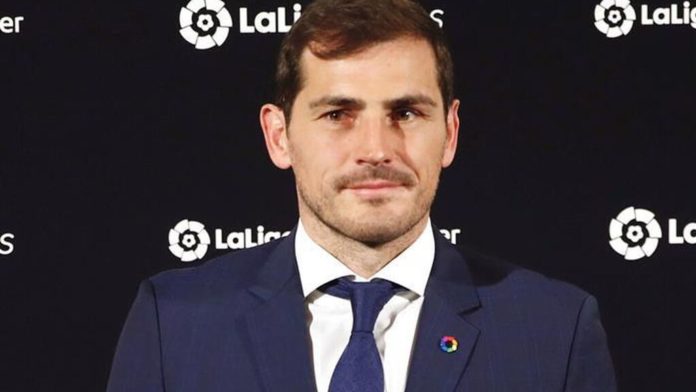 Iker Casillas is arguably the greatest captain of Spain. He made 167 appearances for Spain and captained his country to lift the 2010 World Cup. He has also won the European Championships of 2008 and 2012.

Casillas was the best goalkeeper in his prime days and was the captain of the Spanish national football team, leading them to various titles. He was also the captain of his boyhood club Real Madrid where he has lifted the LaLiga and the Champions League trophies among various other.

The 38-year-old left Real Madrid in 2015 and joined Porto but hasn’t played since suffering a heart attack during training in May 2019. Though he is still a part of their squad this season, he is also a member of the backroom staff at Porto. Casillas has not retired formally yet.

The World Cup winning captain has now decided to run for the Royal Spanish Football Federation (RFEF) presidency against current RFEF president Luis Rubiales when the election is held later this year.

Casillas wrote on Twitter: “Yes, I will stand for presidency of the Spanish FA when elections are called. Together we will put our federation at the level of the best football in the world.”

“I have informed the president of my club, FC Porto, of this decision, to whom I can only express my deepest gratitude.”

“We are working with the utmost respect in our candidacy. More than 23,000 voters await us in fair and transparent elections. 139 assembly members will decide.”

“Thank you all for all the love I have continually received. Your support and your strength encourage me. Let’s go for it! #IkerCasillas2020”.

Luis Rubiales has been the RFEF president since May 2018. But his tenure has been far from being good. The Spanish football team has seen their coach change as many as four times in less than two years.

Julen Lopetegui was sacked on the eve of the 2018 World Cup after agreeing to take the Real Madrid job following the finals. Luis Enrique was appointed but he stepped down as his daughter, Xana, battled bone cancer. Unfortunately, she died in August.
Assistant Robert Moreno stepped up to the senior role but was later replaced by the returning Luis Enrique.

It will be great for Spain if their former captain can once again hold the wheel and steady the ship to guide them back to the place where they belonged. Spain dominated the world for almost a decade during the time of Casillas, Puyol, Xavi, Iniesta, Villa and Torres.

FIFA 22: EA Sports reveal the official ratings of the 4 new ICONs introduced into the game

The GOAT amongst Goalkeepers: Who is the best?