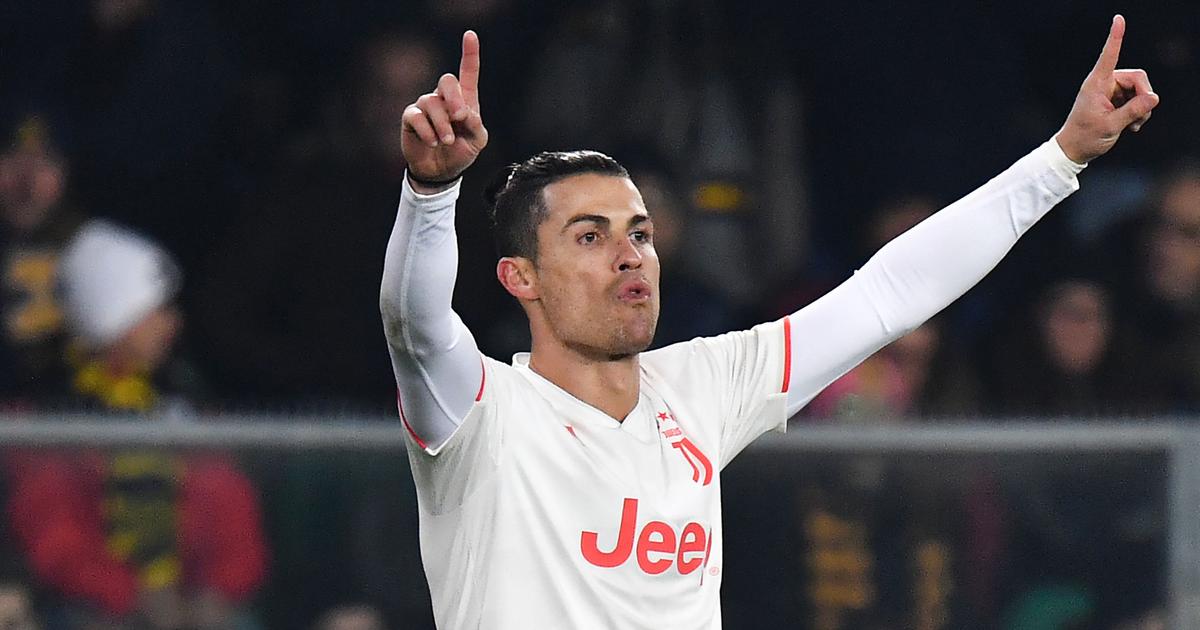 Juventus striker Cristiano Ronaldo equaled David Trezeguet’s record of scoring in nine consecutive games for Juventus in Serie A last week. He scored a 40th-minute penalty against Fiorentina to achieve that feat.

Now, Ronaldo has scored a perfect 10. He has scored in ten consecutive Serie A games for Juventus, which is a club record. He scored in the second half away at Hellas Verona.

David Trezeguet achieved the previous record of scoring in nine consecutive matches in December 2005. It took 14 years and an inhumane like Ronaldo who even at the age of 35 can achieve this type of scoring feat.

He recently turned 35 on 5th February, but for him, age is just a number. After some injury problems, he is back at his prolific best. He is the first player to score consecutively in double-figures for the Bianconeri.

Ronaldo said to Canal 11 regarding his 35th birthday: “At 35? I thought I was going to be a fisherman in Madeira. This never came into my mind. I wanted to be a professional footballer, but I didn’t think I was going to win everything I’ve won.”

He further added: “To play at Juventus gives me the chance to win it again. We know it’s difficult, it depends on many factors, but it’s possible because we have a good team.
We must take one step at a time going forward.”

But unfortunately, Juventus lost against Hellas Verona. They made a late comeback to win it 2-1, despite Ronaldo scoring a goal in his record 10th consecutive Serie A match. This loss opens up the Serie A title race for Inter and Lazio.

Cristiano Ronaldo now has 20 Serie A goals in the 2019-20 campaign and 23 in all competitions.