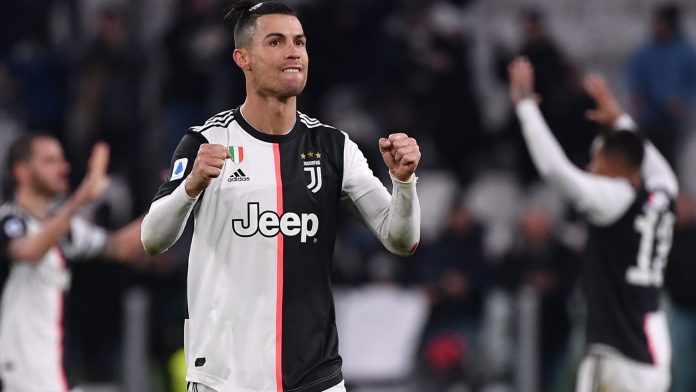 Cristiano Ronaldo is still scoring goals for fun. No one would believe that he is going to turn 35 on 5th February. But there’s still no sign of stopping for him. He is definitely from another planet where age is just a number.

Ronaldo scored a 40th-minute penalty to give Juventus the lead at home to Fiorentina. He has now scored in nine successive Serie A appearances.

He is the first player since David Trezeguet to score in nine consecutive games for Juventus in Serie A.

Trezeguet achieved this feat in December 2005. It took 14 years and an inhumane like Ronaldo who even at the age of 35 can emulate this type of scoring feat.

Ronaldo has now scored 18 goals in Serie A this season. 13 of these goals came in his last nine matches. Incredible!

However, he still trails behind Lazio’s Ciro Immobile (23) in the Serie A scoring table. But you can’t take Ronaldo out of the equation at any moment. The form he is in, the 35-year-old could easily be the top scorer of Serie A at the end of this season.

Lionel Messi had sent shockwaves among all the football fans when he sent a burofax to the Barcelona board wanting to terminate...
Read more
Football

Leicester City has been in great form in the first three matches of this new Premier League 2020-21 season. They have beaten...
Read more

Despite being 35-year-old, Cristiano Ronaldo is still among the two best players in the world right now. The other player, of course,...
Read more

In a rather shocking development over the last few days, Morata looks set to join Juventus on loan. That is according to...
Read more
Load more

The Red team will finally launch its Zen 3 based Ryzen 5000 CPUs on October 8th and it is one of the...
Read more
Technology

Xiaomi's sub-brand Redmi debuted in the Audio segment a few months ago with Earbuds S in the country and then later on...
Read more
Load more