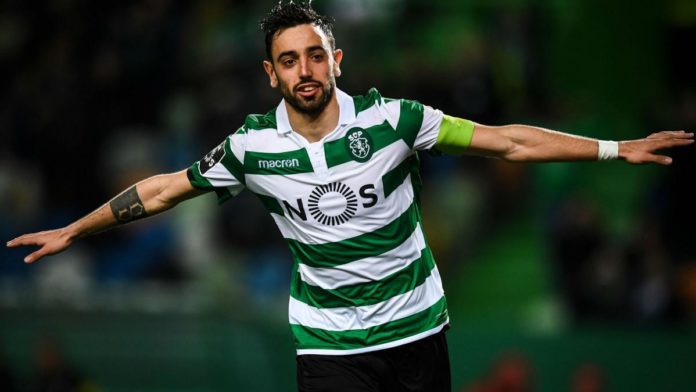 Sporting CP have also confirmed the transfer from their end as well. They have released the financial figures: €55m guaranteed fee, €5m for a set number of appearances, €5m for Champions League qualification, €15m for individual achievements and 10% from any future sale.

🔴 🤝 🇵🇹#MUFC is delighted to announce the signing of Bruno Fernandes!

Bruno Fernandes and Cristiano Ronaldo are both international teammates. He was a part of the Portugal team that won the UEFA Nations League last year.

Fernandes said in a club statement: “My love of Manchester United really started when I used to watch Cristiano Ronaldo play and ever since then I have been a big fan of this great club. For me to now play for Manchester United feels incredible, I have worked hard to get to this moment and I can promise the fans that I will give everything for the badge to help bring us more success and trophies.”

“I want to thank Sporting for everything they have done for me. It is surreal to hear the nice words that have been said about me from players that used to play for this team. A massive thank you to Ole [Gunnar Solskjaer] and everyone at Manchester United for the trust they have shown in me and I can’t wait to start to repay that on the pitch.”

Long-term injuries to Paul Pogba and Scott McTominay have depleted United’s midfield as they aim to get into the top four. So the signing of Fernandes will definitely bolster their chances of gaining a Champions League spot.

Bruno Fernandes is currently in red hot form. He has scored 8 goals and assisted another 7 goals in 17 Primeira Liga appearances. He will bring a lot of quality and a goal-scoring threat to the United midfield.