Borussia Dortmund have signed Emre Can from Juventus 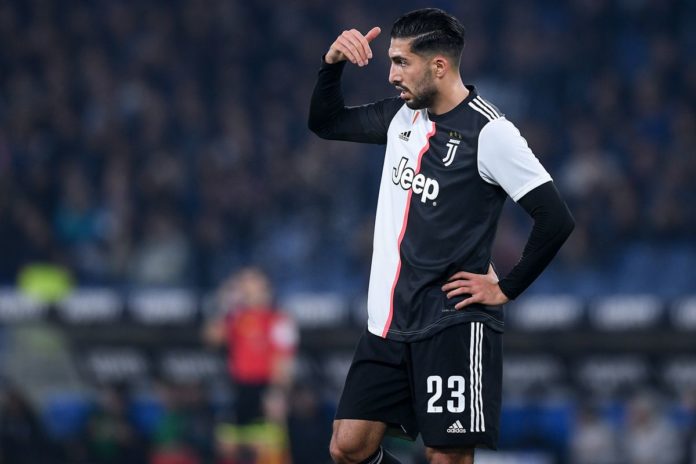 The Germany international is returning to his homeland Germany. The Bundesliga side has reached an agreement with Juventus on an initial loan deal and with a mandatory option to buy next season.

Emre Can joined Juventus in 2018 on a free transfer from Liverpool. He made 37 appearances in all competitions during the 2018-19 campaign and helped the club to win the Serie A title and Supercoppa Italiana.

But the arrival of Aaron Ramsey and Adrien Rabiot has pushed him down the pecking order. Can has fallen further behind Marlem Pjanic, Blaise Matuidi and Rodrigo Betancur. New coach Maurizio Sarri doesn’t trust him too much either. He has made just 8 appearances in Serie A this season and was not even included in their 25-man squad for the Champions League.

With the Euro 2020 tournament round the corner, Emre Can wants to get as much playing minutes under his belt as he can to get a chance in the Germany squad.

According to a report by calciomercato, Juventus are set to cash in €27-28m in total from the transfer. There are also some bonuses included in the deal which could result in Juventus banking over €30m from the sale.

Emre Can is expected to undergo his medical today and the deal will be officially announced by Borussia Dortmund within tonight. He will become Dortmund’s second signing of this transfer window after the €20 million signing of Erling Braut Haaland from Red Bull Salzburg.