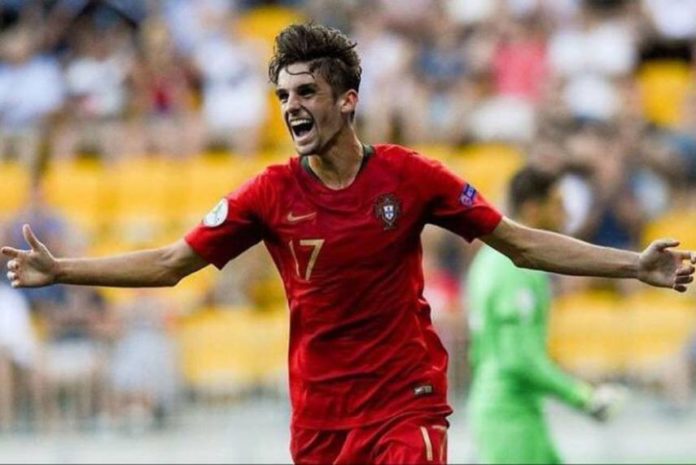 Barcelona have done a Real Madrid thing. For the last few seasons, Real Madrid have made it their policy to sign talented youngsters at a very young age and then nurture their talent rather than spending billions on Galacticos.

The Catalans have now signed 20-year-old forward Francisco Trincao from Braga for a reported fee of €31 million. Trincao will spend the rest of the season at Braga before joining the Spanish giants on 1st July 2020. He will sign a five-year contract and will have a release clause of €500m.

Barcelona confirmed the transfer in an official statement: ” FC Barcelona and SC Braga have reached an agreement for the transfer of the player Francisco Trincao who will join the club on 1 July 2020. The transfer fee is 31 million euros and the player will sign a contract with the Club for the next five seasons, until the end of the 2024/25 campaign with a buy-out clause of 500 million euros.”

Francisco Trincao was the joint top-scorer with five goals and most assists at the 2018 European Under-19 Championships as Portugal emerged as champions. He made his first-team debut for Braga in December 2018. He has scored three goals and provided six assists in 21 games across all competitions for Braga this season.

Barcelona described the Portuguese wonderkid: “The young Portuguese forward can play anywhere up front although he usually features on the wing, on either flank despite being left-footed. Trincao is quick and technically gifted with a vision that means he is a great creator of goals as well. The new Barca player also has the ability to take defenders on with his dribbling skills.”

Trincao is a very highly rated forward and will replace Carles Perez in the squad, who joined Roma initially on a loan deal.