Bale in contention for Madrid derby amid Tottenham links 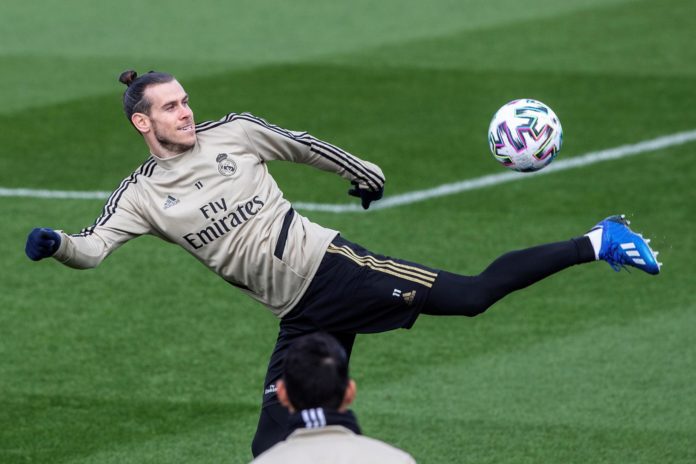 Gareth Bale suffered another small injury few days ago which has again sidelined him from playing for Real Madrid. Bale twisted his ankle during the 3-1 Copa del Rey win over Unionistas de Salamanca last week.

Since then he has missed Real Madrid’s wins over Real Valladolid and Real Zaragoza. But Real Madrid manager Zinedine Zidane has not yet ruled out the Wales winger from playing in the Madrid derby.

Zidane said when asked about whether Bale will feature in the derby: “It’s the same question, I’m not going to say who’s going to play because it’s something personal. All players are prepared and then we’ll see what happens.”

“We have 25 players and the good thing is that they are all involved. Then I am the one to choose because I am the coach. Since we have 25, the complicated thing is the call for the 18. All I want is for the players to be focused and prepared.”

However, according to some reports Jose Mourinho is interested in re-signing him again at Tottenham. Bale left Tottenham in 2013 for a then world-record transfer fee of €100 m and moved to the Bernabeu.

The Welsh international has failed to win over the Bernabeu crowd. Bale has faced many injuries in his playing career which hasn’t allowed him to settle into the team. Along with the injuries, his passion for golf and some careless attitude has also stood in his way of becoming the torchbearer of Real Madrid after Ronaldo left for Juventus in 2018.

According to The Times, Daniel Levy has travelled to Madrid to speak with Real Madrid president Florentino Perez about securing a move for Bale. This could be the most remarkable move of this winter window.

However, Zidane has turned down this transfer rumour. He said: “Gareth Bale is with us and I count on him. Letting him go isn’t an option. I am not contemplating this possibility.”