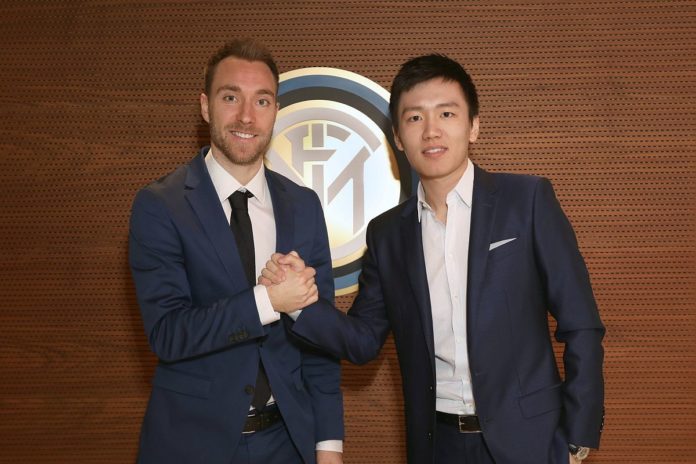 The Denmark international has finally ended his transfer saga by officially moving to Inter. Christian Eriksen has signed a four and a half year contract with the Serie A club. He left Tottenham after playing six and a half years for them.

Eriksen joined Tottenham from Ajax in 2013 and has gone on to become one of the best-attacking midfielders playing in the Premier League. Many clubs like Manchester United and Real Madrid were rumoured to be interested in signing him.

Inter and Tottenham have agreed on a €20m deal for the transfer of Eriksen. This transfer will also see Ajax get €2m as they are entitled to get 10% of the transfer fee.

Tottenham released a statement officially announcing Eriksen’s departure: “The club can confirm the departure of Christian Eriksen after an agreement was reached with FC Internazionale Milano for the Denmark international’s transfer. He made 305 appearances for us following his move from Ajax in August 2013 and scored 69 times. We wish Christian well for the future.”

Christian Eriksen wrote a letter for the Tottenham fans: “Dear Tottenham fans, I don’t know where to start! I didn’t have the time to say goodbye to everyone, even though it felt like I played a lot of games where everyone said and thought I would be gone the next day.”

“I have so many unbelievable memories over the last six and a half years I was at Spurs. I enjoyed being at the training ground every day and playing games in the stadium so much, but sometimes you just want to try something new!”

“So, Spurs fans, it has been a pleasure to play at your club and hopefully we meet again in the future!”

Eriksen is the 3rd player Inter have signed in this January transfer window. They have previously signed Ashley Young from Manchester United and Victor Moses from Chelsea.

Antonio Conte is building a team that has all the qualities needed to dethrone Juventus from the top of Serie A. Cristiano Ronaldo’s Juventus will face tough competition from Inter in their bid to retain the Serie A title this season.

Tottenham also haven’t made any delay to get a long term replacement for Eriksen. They signed Lo Celso on a permanent deal from Real Betis.