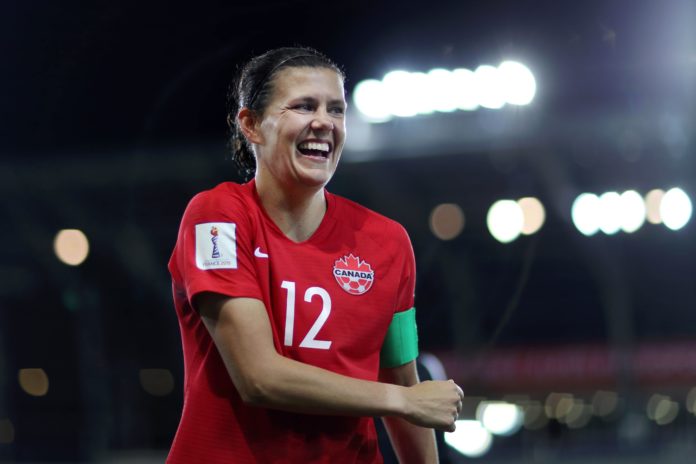 United States legend Abby Wambach – who netted her 184th goal in 2015 – held the record for over 6 years after she surpassed her compatriot Mia Hamm’s 158 goals in June 2013.

Sinclair opened the scoring with a 7th-minute penalty in her 290th international appearance for Canada. The attacker then broke Wambach’s record when she scored her 185th goal for Canada in the 23rd minute. Canada won the match 11-0 win against Saint Kitts and Nevis in the Olympic Games qualifying.

Sinclair told Canada Soccer: “I definitely feel a relief. Especially with the tournament, we’re in right now, there’s some big things to focus on. It’s nice to get it out of the way in the opening game so now we can focus on getting better, improving and qualifying for the Olympics.”

Concacaf president and FIFA vice-president Victor Montagliani said: “Congratulations to Christine for this incredible achievement. It is an amazing feat and she deserves all the credit and accolades she will rightly receive.”

“To play elite international football for 20 years at the very top level – in multiple World Cups, Olympic Games and Concacaf Women’s Championships – is remarkable in itself. To have scored an all-time international record goal haul, and to still be going strong, is truly outstanding.”

“Christine’s achievements have made her an icon in Canada. She transcends the sport and is a wonderful role model for people across the country. I hope she continues leading the line for the national team and scoring goals, and I thank her for the enormous contribution she has made to the sport in Canada, the Concacaf region and across the world.”

Meanwhile, Iran international, Ali Daei is the all-time highest goalscorer in men’s international football with 109 goals. But Cristiano Ronaldo has almost caught him and is expected to surpass him with the Euro 2020 tournament round the corner.

FIFA World Cup 2026: FIFA will announce the name of the host cities across the United States, Mexico and Canada on 16th June