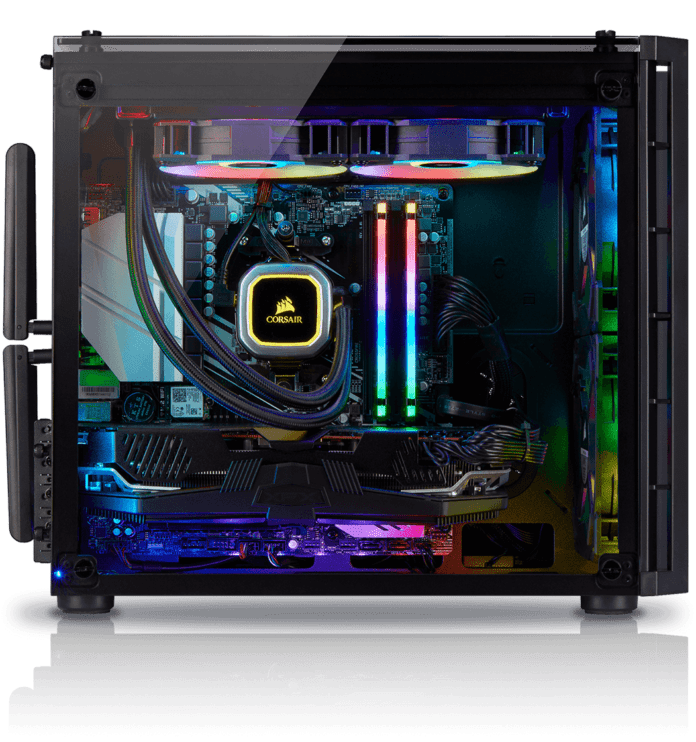 As these are all-AMD gaming PCs so on the GPU front you have high-end Radeon RX 5700 XT graphics card based on AMD’s Navi RDNA technology and a boost clock of up to 1905 MHz. As this is a gaming PC, Corsair has supplied its own 480GB NVMe SSD and Vengeance RGP Pro DDR4 memory (2x 8 GB) with RGB.

For cooling, we have the Hydro Series H100i RGB Platinum 240mm liquid CPU cooler onboard and LL series cooling fans which add up the wide lighting effects of this small gaming PC. The Corsair iCUE software helps to tune your gaming PC and change the lighting effects.

Being stuffed with AMD goodness, these compact gaming PCs with Ryzen 7 3700X and XFX’s Radeon RX 5700 XT Raw II Ultra makes it a perfect option for both gamers and enthusiasts. Both of these gaming PCs are available at Corsair’s site and you can get one for your home as well.

Previous article
Xiaomi to launch its first Redmi wearable in India
Next article
Apple HomePod has been launched in India for ₹19,900