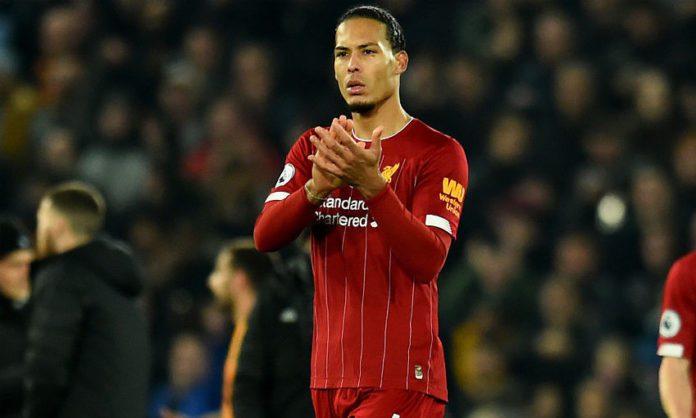 Their incredible form continued as they edged past Wolves by 2-1 in a tight contest on Thursday. They currently lead the Premier League title race by 16 points. It would take a miracle to stop Klopp’s men from getting their hands on the Premier League trophy this season.

But the Liverpool squad wants to have their feet on the ground and take game by game without thinking much about the future. Liverpool defender Virgil Van Dijk thinks that Liverpool can still work on few areas and improve.

Van Dijk told UK media: “You never feel unbeatable – it is not a feeling that we have. Anything can happen. There were moments against Wolves when things could have been different. They could have scored a second.”

“We always feel we have to keep working hard. We just try to keep improving. Things are going good at the moment and everyone is in a good situation.”

Van Dijk has formed a commendable partnership with Joe Gomez at the back. Their partnership has been one of the key elements of Liverpool’s success.

He further added: “I’ve been so impressed by Joe. We all saw last season, before he got injured, how good he is and how good he can be. He’s someone I get on very well with — on and off the pitch. That helps, of course.”

Jurgen Klopp has built a team made of champions. Last time they conquered Europe and it seems the time has come for them to be crowned the champions of England. As things are going for Salah and co, there’s no stopping them.

Liverpool might as well repeat the feat of the Arsenal’s Invincibles by remaining unbeaten whole season, which now seems quite easy for Klopp’s men considering their recent form.