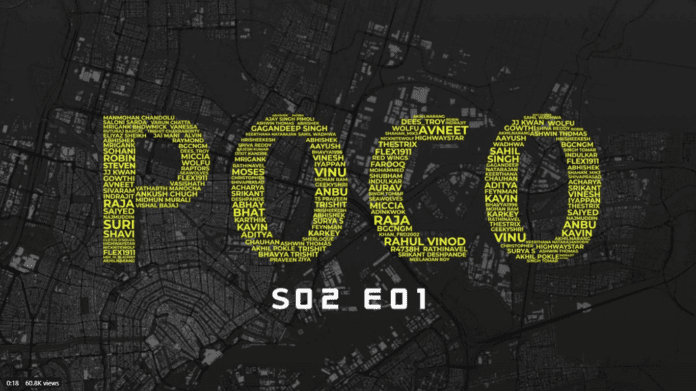 POCO recently teased a video in their official twitter account where it specified that the brand is here after a long two years declaring that it is ready for a “Season 2”. It’s been a few days that Xiaomi and POCO together officially declared that the later brand is a separate brand from now on. POCO was a sub-brand under Xiaomi and its first device came with the name POCO F1 and was a major hit in the market. Among all these, in the recent teaser, the brand hints the name of its next device.

In the first setup of the teaser, the name “POCO X2” is hinted. But we need to look closely to see it. The characters of the name are scattered about. Check out the following tweet to have a clear idea of it.

According to the reports POCO is working on three different smartphones as it is going to debut after almost two years as an independent brand. When POCO was a sub-brand of Xiaomi it launched its first-ever smartphone POCO F1 and now it is working on the POCO F2/X2. The brand is most probably going to launch three different models of the POCO F2/X2. The models are likely to be named as POCO F2/X2 Lite, POCO F2/X2, and POCO F2/X2 Pro. Though the source from which all the details have been gathered is still not the most trustworthy, we can guess that the device can look more or less the same as the images leaked.

YouTube channel named RevAtlas received an email about the Pocophone F2/X2 Lite with three photos attached along with some basic specs. The phone will allegedly be powered by a Snapdragon 765G chipset with 6GB of RAM, 5,000mAh battery and it will feature a high res camera, though no further details were given about it.