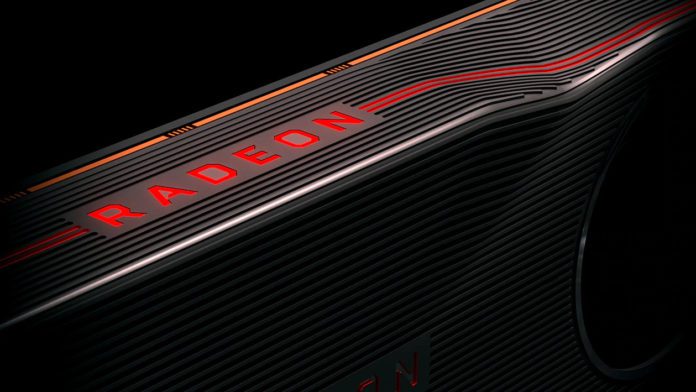 The recently announced AMD Radeon RX 5600 XT is now available in the market and knowing the potential of this Navi 10 GPU, NVIDIA has been forced to reduce the prices of its RTX 2060 GPU to $300 only and now that can be threatening for AMD.

Up till now, the Radeon RX 5600 XT’s competition was up against the GTX 1660 GPUs which it clearly demolishes, knowing this fact, NVIDIA made this last-minute decision to attract buyers who now would have gone for AMD alternatives. This battle is for the 1920×1080 gaming which represents over 65 per cent of gamers.

The tentative release date for the RX 5600 XT was yesterday and now it’s available in the market for $279 by various AIBs including Asus, MSI, Gigabyte, Sapphire, XFX, ASRock, and Powercolor. Even though most of the shipments are done by the board partners, AMD has pushed this new vBIOS to its AIB partners after NVIDIA’s price cuts.

The GPU packs 6GB of GDDR6 memory, instead of the RX 5700’s 8GB. Altogether AMD says the new card is capable of delivering up to 7.19 teraflops of throughput, whereas the RX 5700 which is a bit higher at delivers 7.95 TFLOPS of throughput. The Radeon RX 5600 series graphics features the PCI Express® 4.0 support which provides greater bandwidth than gen 3.

On the performance front, AMD has compared the RX 5600 XT against the NVIDIA’s GeForce GTX 1660 series and their older GTX 1060 cards. In Call of Duty: Modern Warfare, the GTX 1060 currently scores around 57 FPS in 1080p with ultra quality settings, while the RX 5600 XT delivers 92 FPS.

Firstly, the new vBIOS increases the TBP (Typical Board Power) to 160W, a 10W increase from the original 150W TBP. This will obviously affect the original design by board partners in favour of a higher margin for core and memory clocks.

The memory clock is now running at 14Gbps from its previous 12Gbps which again will improve the performance. Now after this vBIOS update there’s a lot more similarity between the specs of the RX 5700 and the RX 5600 XT. AMD is pushing as much possible with this Navi 10 GPU which we knew was underwhelming previously.

The tipster TUM_APISAK has managed out a leaked benchmark that suggests the performance improvements after the vBIOS update. In the Time Spy, Fire Strike, Fire Strike Extreme, and Fire Strike Ultra benchmarks we see around 10% – 11% uplift in performance which is pretty impressive considering the fact that this GPU was underwhelming till now.

In games, we see the new RX 5600 XT giving better performance than the GTX 1660 series in most of the title and after the update it just demolishes the 1660 series competition, competing against the new $300 RTX 2060 and it levels the 1080p performance at a lower price, thus AMD achieves the triumph after its hard work.

So, if you are planning to buy an AMD Radeon RX 5600 XT just go for it, provided you know how to update BIOS or else wait for few weeks for the updated GPUs to land in the market.

Previous article
Realme is coming with another smartphone with the latest Snapdragon 720G
Next article
Price of Samsung’s S series and Z Flip have leaked.