Setién is optimistic of Barcelona’s match against Granada 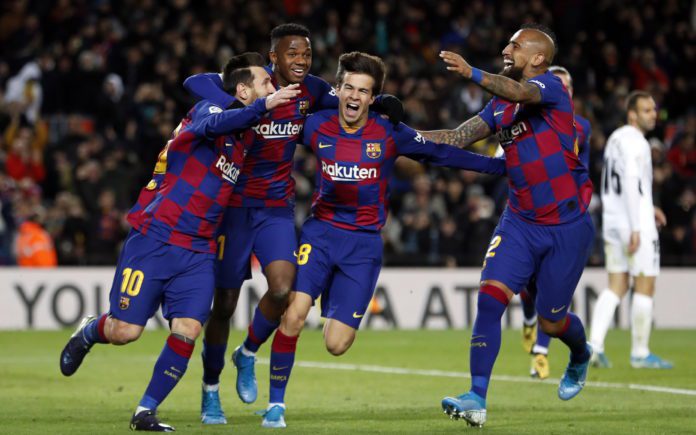 Finally, the match which every Blaugrana fan was eagerly waited for is now over, Barcelona has won over Granada by 1-0 but yes we witnessed a new team under coach Quique Setién. The team at the Camp Nou played aggressively against the visitors maintaining the possession and following the coach’s possession football inspired by Johan Cruyff.

The hosts totally dominated the 90 minutes, notching over 1000 passes, but missed a lot of opportunities and the youngster Ansu Fati couldn’t convert the chances to goal, we had to wait until the 76th minute for Lionel Messi to net the only goal of the thrilling game.

Also, the young Rique Puig played quite well after being substituted in the latter half of the game and was an important part in the only goal. Messi played up front along with Griezmann who was formally assigned the left-wing position but switched positions rapidly to confuse the opponents.

We saw Messi playing the false 9 and Griezmann along with Arturo Vidal grabbing every opportunity created by their skipper and Jordi Alba who was playing more as an LMF rather than his original left-back position.

Overall we saw a new dynamism in the team and some new tactics along with the possession football which fans were craving for under Valverde. Though the team couldn’t convert the set pieces surely in the coming days, Setién will look into this as well with his rigorous training sessions.

After the match, the 61-year said that his team needed to be much more clinical in front of goal but was pretty happy with Sunday night’s match at the Camp Nou.

Quique Setién is the 11th coach of Barcelona in this century who has made a healthy start to his career at the Blaugrana. This win makes Barca grab the top position of the LaLiga table, equaling Real Madrid who is at same 43 points, Barca’s next trip is to Ibiza in the Copa del Rey on Wednesday.