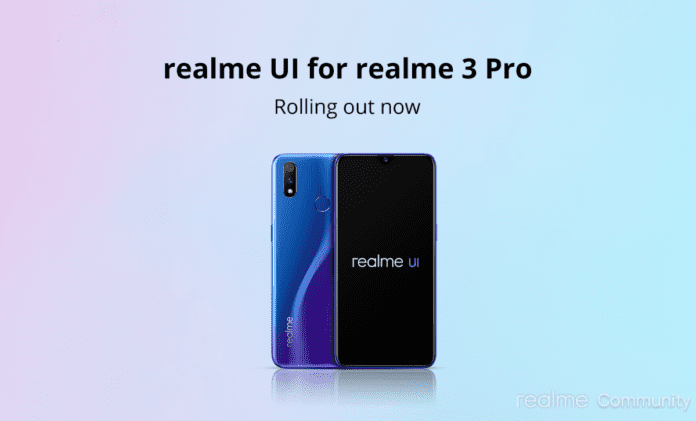 Finally, in 2020, the youth-centric brand Realme is back with its much-speculated Realme UI based on the latest Android 10. It is the company’s first own UI after being dependent on Oppo’s ColorOS since it got established.

This is the OEM’s first in-house Android skin with a completely revamped interface along with many new features including one-handed operation and cross-OEM file-sharing. The interface will be much cleaner and lighter than its origin brand’s latest ColorOS 7.

For Realme the major breakthrough device in 2019 would be obviously the Realme 3 Pro which was sold in millions in India alone. This was the first device from the brand with Snapdragon 710, VOOC flash charge that actually gave stiff competition to Redmi Note 7 Pro.

It won’t be surprising to know that Realme has got more Realme 3 Pro users than any smartphone in the “Pro” series. So, as they announced the Rollout schedule in 2020, they are pushing the latest update abbreviated as RMX1851EX_11_C.01 to the Realme 3 Pro first.

Their update timeline is:

The Personal Information Protection secures you from those apps that request personal information with blank data. Dual Earphone Connection is a great feature that enables both Bluetooth as well as wired headphones at the same time, a unique way to share your listening with your partner.

There are tons of new features which you can see in the changelog at the Realme community. Realme has stated that its roll-out will eventually start slowly to a limited pool of “random users” at first, to help monitor it for critical bugs and then most probably will be pushed to more users in the coming days.