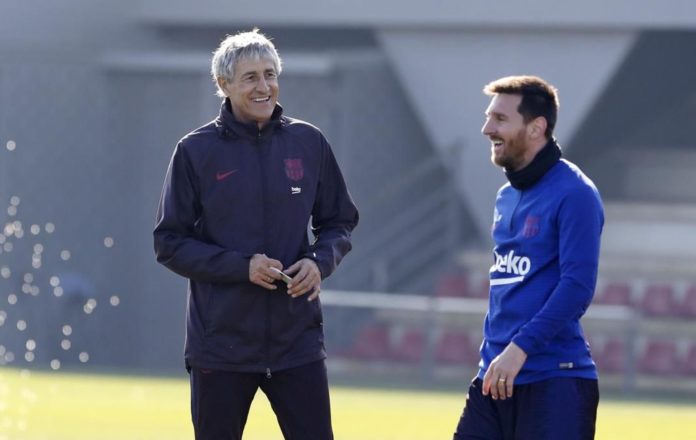 The internet, media and every fan of Barca and football are excited about its new head coach Quique Setién, former Spain international and the former coach of Las Palmas and Real Betis. The 61-year-old who is very tactical about this game is trying to change things at the Blaugrana camp.

Today is the first match under Quique against Granada and the fans are excited to see the team under the new coach. But why is there soo much anticipation and excitement? Even though the team had won two LaLigas consecutively but missed on Champions League at the last stages.

Though FC Barcelona consists of the best players around the world it is lacking the dynamism and supremacy that fans expect from one of the best football clubs in the world. Ernesto Valverde did lead the squad to victory many times but he does lack the attitude and passion which Quique has.

Quique Setién is committed to a style based on possession and technique, a professed admirer of Sergio Busquets and Lionel Messi, and once said he would have cut off his finger to play for Johan Cruyff. He took over the charge last Tuesday and having done that he is training his squad rigorously literally ‘every day’.

But it is interesting to see the 61-year old play with the footballers, chatting with them and even taking the squad out for dinner as well. Barca players who were previously spoiled by Valverde’s lack of training sessions are toiling hard to satisfy their new coach.

Quique Setién is a coach who focusses on tactics and hard work, he even said on the day of appointment that he will bring the good football back at Barcelona, not the team we have seen under Valverde. All coaches might actually say this while joining but through his actions and the dynamism he is showing, he is here to change things here.

Marc-Andre ter Stegen has even said that the new manager is trying to change things at Barcelona. During Quique’s recent interview, he said that Messi is utterly unique and also says that it’s his job now to get the best out of his skipper and moreover keeping him happy.

In the training sessions, we have seen a great bond between the skipper and his new coach which really gives positive vibes of the football we are about seeing in the coming months.

Messi has scored 13 goals from his 14 appearances in the Spanish top flight and as Luis Suarez out for four months due to injury it will be interesting to see how Quique Setién handles the Blaugranas in the coming months in both LaLiga and Champions League.