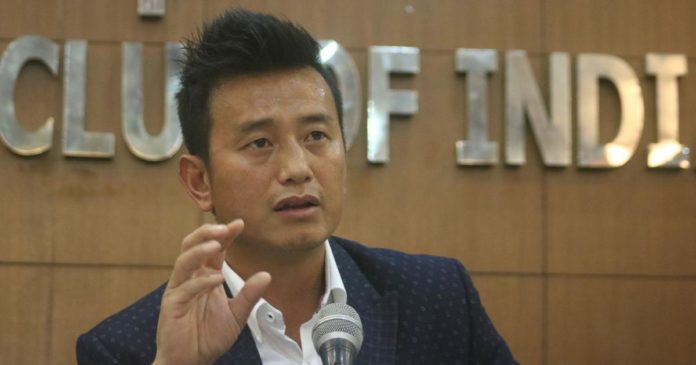 The newly formed club will come into existence from 1st June 2020 and will play in the Indian Super League (ISL) from the 2020-21 season. As per widespread rumours, the name of the new club will be ‘ATK Mohun Bagan Football Club’.

Indian football icon Bhaichung Bhutia, who played for Mohun Bagan for four seasons as a player as well as the captain said: “Why would you want to have its name ATK-Mohun Bagan? That does not go well. That branding has to be done properly. The deal was all about buying the identity and history. With that history, you will have millions of fans across the world. That you will have to keep in mind.”

“That (Mohun Bagan’s) identity should not go. I don’t think Sanjiv Goenka will do that mistake because for him buying Mohun Bagan is buying an identity. If he makes that mistake of losing that identity, that will be the biggest ever loss.”

“In fact, when I was ATK’s advisor I had actually first advised Sanjiv Goenka to buy out Mohun Bagan. Maybe the budget did not work out then. They were looking for investors. We had initiated the move then.

“East Bengal will also get there in a few years time. East Bengal anyway have got a corporate management (Quess). I hope the move will help and inspire.”

Subrata Bhattacharya, former India captain who played only for Mohun Bagan in his whole career said: “This was the only way ahead of them (Mohun Bagan officials) and they took a decision which was forced rather than spontaneous. I feel the path they have chosen will tarnish the tradition and identity of Mohun Bagan.”

“It is like someone buying my house and allowing me some space in the corner to stay. The club has been facing a paucity of funds for quite some time. I feel the members should have been entrusted with the task of finding a way out of the club’s financial distress. This proves the club was run by a few people and they have thought it best to sell its future”

Surojit Sengupta, one of the finest playmakers of India said: “For quite some time there were talks and speculations about the future of the two Kolkata giants (East Bengal and Mohun Bagan). I feel the decision by Mohun Bagan to merge with ATK is in the right direction. This is a decision to embrace professionalism and as a former Mohun Bagan player, I feel quite good.”

“I feel that the people entrusted with the task of running the Mohun Bagan club did well in sacrificing prejudice and self-interest in emerging at the decision. This is to ensure that Mohun Bagan continues in the same glory as it has done in the last 130 years.”