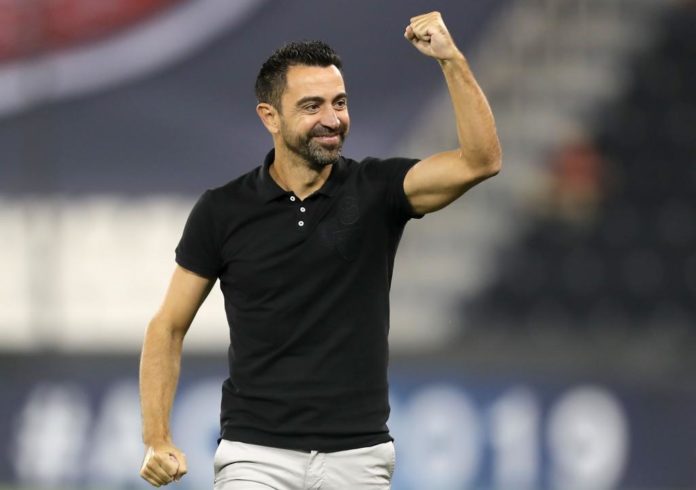 Xavi Hernandez’s potential return to Camp Nou is dominating headlines in Spain. The Barcelona legend seems to be in the pole position for the head coach role.

He has confirmed reports that he had met with the Camp Nou club’s director of football Eric Abidal in Qatar on Friday amid speculation he will be offered the opportunity to succeed Valverde.

Xavi has won eight LaLiga titles and four Champions Leagues with Barcelona in a glittering playing career. He was the main architect of Barcelona’s tiki-taka in the last decade.

BeIn Sports reports that Xavi will certainly take over the reigns, and it is just a matter of the details being revealed. Diario SPORT and Cadena COPE have both said that Al Sadd will not block Xavi’s path, but do request that he stay until Friday to manage the Qatar club’s upcoming cup final. Barcelona play their next match the following Sunday.
The Spanish radio network also says Xavi’s representatives are in Saudi Arabia writing up the contract for him to join Barcelona.

Xavi told reporters: “Coaching Barca is my dream, I cannot hide that, everyone knows I support them from the bottom of my heart.
Yes, Abidal is my friend. I’ve met him many times, so I cannot say anything, just that I respect Barcelona, I respect Valverde, I respect the players, I respect my club. They [Barca] were here to talk to me and we discussed many things. They were here also to check on Ousmane Dembele, that’s all.”

“I cannot say anything else. Sorry, but I cannot inform you too much. I met Abidal, he is my friend, that’s it. I’m doing my job here, I’m doing my best. I was focused on the semi-final and now we play the final so I’m very happy. I’m very happy to coach Al Sadd and I am focused on my team.”

Al Sadd issued a statement by general manager Turki Al-Ali on Saturday: “The issue of Xavi going to Barcelona is normal and expected because he will be at his club and it’s his first home and he must return there in the future, but as of today, Xavi is the coach of Al Sadd.
Xavi and his team are focusing on Saturday’s match against Al-Rayyan, and we know that a club with the size and professionalism of Barcelona will take to official channels to speak of such matters.”

As things stand now, Xavi will succeed Valverde at the Camp Nou, if not now then at the end of the season. But the Barcelona board is keen on appointing Xavi as the new head coach as soon as possible to bring back the free-flowing football the club’s fans are used to.

Xavi knows the club inside and out, knows perfectly what the fans expect, how to handle the media, and most importantly, how to win in style.